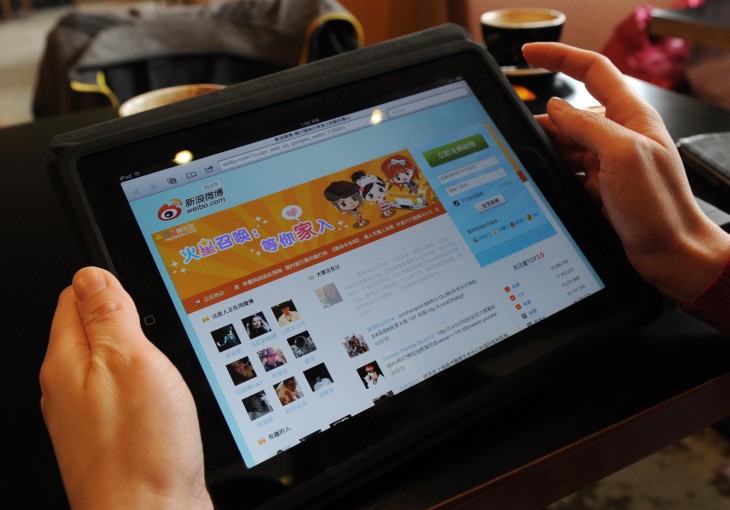 Sina Weibo, China’s Twitter-like social network with over 500 million registered users, is test driving a new feature that lets users pay a small fee to have their content reposted by influential users.

According to Techweb, some users have spotted an addition to the “readers” link that accompanies each user’s personally composed tweets. Hovering over the link reveals a list of influencers on the network, users are then able to select an influencer to retweet their post so it reaches a large audience.

Sina Weibo user “BestMrlee” shared the following snapshot of the feature on the social network.

For the moment, much remains unclear about this “pay-for-retweet” feature. It’s not yet understood how an influencer agrees to participate or is chosen, nor is there information about how Sina collects the fee and how much is shared with the retweeter.

In addition, a feature such as this, in which average Joes can pay for a wide-reaching retweet, has the potential to create huge credibility issues for both the creator of the original post and the influencer who retweets. Influence and retweets are gained out of trust and general usefulness, bringing cash into the equation conflicts that — the passion with which people despise advertising is multiple when it comes from a social network.

Despite the lack of information, it’s quite plausible that Sina Weibo is piloting for feedback with a view to introducing a new feature for all users. Over the past year, the company has made incremental additions to its business model to test new monetization streams.

In June of 2012 it launched a subscription VIP membership option, which grants users features like increased personalization and voice posts for 10 RMB (around $1.50) per month. Soon after, it launched a new advertising system intended to include promoted messages, not unlike those on Twitter and Facebook. That update proved to be successful, as the platform’s advertising revenue jumped 20 percent year-on-year from 2012 to 2013.

In 2013, the company introduced new display templates for media outlets, which could pay the way for offering analytics services. It also began integrating third-party apps into its interface, which opens the door for new partnerships.

Chinese e-commerce giant Alibaba — which is on the verge of a much-anticipated IPO — recently invested $586 million to buy a 18 percent share in Sina Weibo. Alibaba has the option to extend its stake to 30 percent, and the two firms will work closely together to share data and test social e-commerce business models.

Mobile messaging service WeChat, which is Sina Weibo’s chief rival and owned by Chinese Internet giant Tencent, is tipped to soon include mobile payments, gaming and other content as it pushes the 400 million registered member service making revenue for the first time. In that respect, Alibaba’s investment and Sina’s testing of monetization models is important.