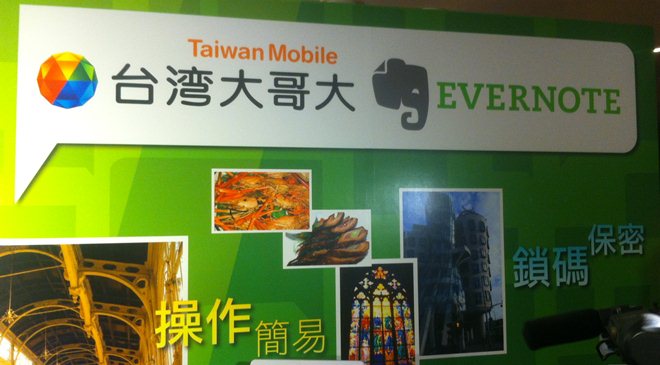 It’s proving to be a busy day for Evernote and, fresh from announcing a deal with Taiwan Mobile, the company has continued its global expansion after the note-taking company opened an office in Taipei, Taiwan, its fourth in Asia.

Evernote CEO Phil Libin announced the expansion at a joint press conference with Taiwan Mobile. The company is seeing a strong uptake in users — which just tipped 500,000, having added 100,000 in the last six weeks — while the strong local developer community was a key part of the decision to open its newest premises.

“We recently held a hackathon event in Taiwan and, after flying the winner (Slidenote) to our offices, we decided that opening a presence in the country would have massive benefits,” Libin revealed to media.

“One of the main reasons for our move into Taiwan is to encourage local developers to create content using our API since we’ve seen many excellent creations from developers in the country,” the Evernote CEO further explained.

The move is aimed at building closer links with the Taiwanese developer community, Libin continued on to explain.

“We don’t think about markets, and we aren’t in Taiwan to sell things. We are here to help make the best possible product with help from Taiwanese partners and developers.”

Libin also revealed that Evernote users in Taiwan are more active than those in the US, with the average users interacting with the service more regularly. That’s a trend the company is seeing in Asia where users and operators are more open to the content, he said.

The opening of the Taiwan office — which already has two staff members — follows the launch of standalone service Yinxiang Biji in China in May and Libin explained that, with Taiwan Mobile on board offering its 7 million users access to Evernote Premium for one year, the company is aiming to “improve the lives” of mobile users in the country.

The company is continuing to work towards more deals with operators and other partners in Asia with a particular focus on fast-growth markets like Indonesia, Vietnam and Thailand, Asia GM Troy Malone told TNW.

Entry to Taiwan takes Evernote to four office locations in Asia, with Japan, Korea and China its other locations in the continent.