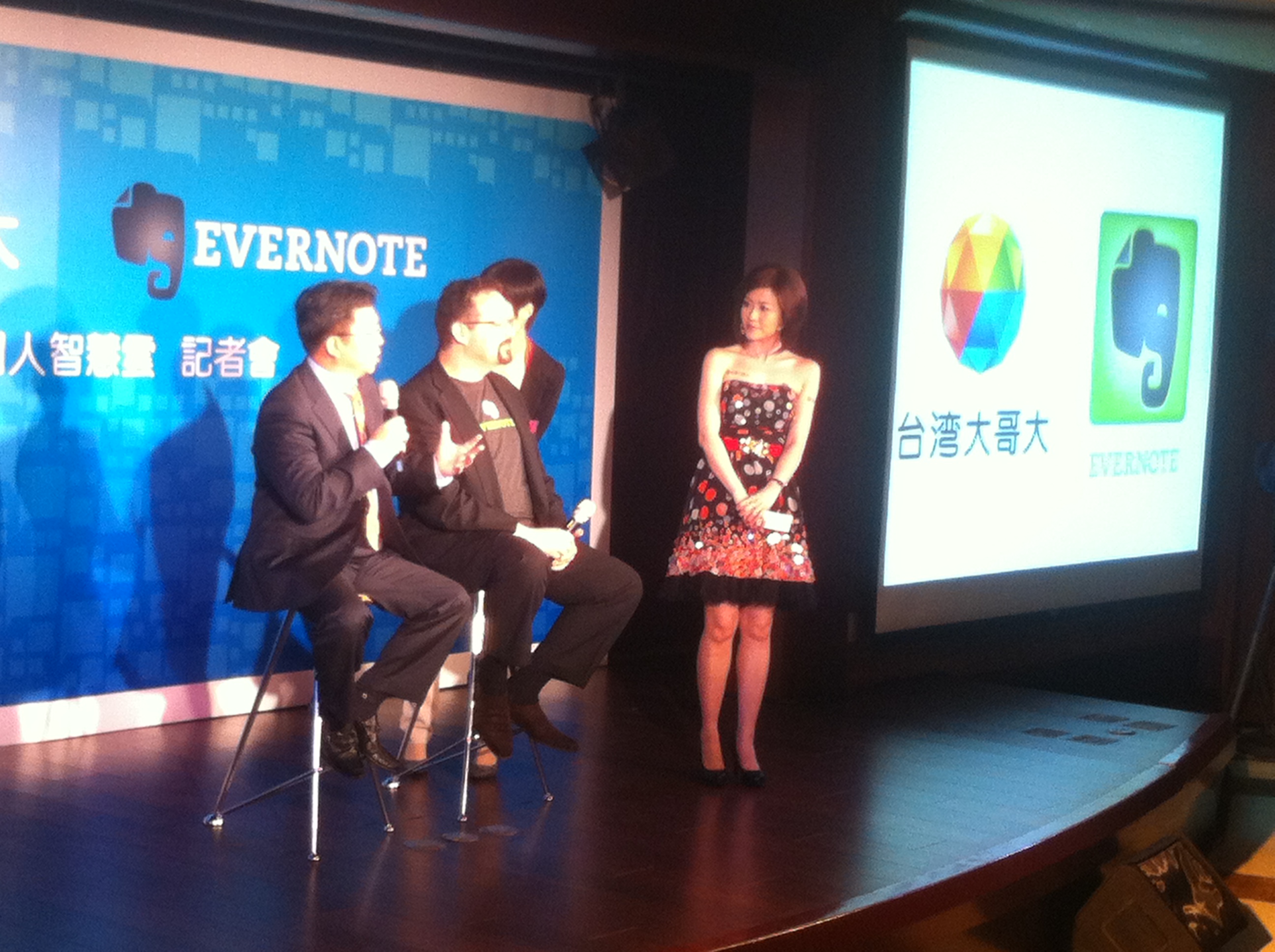 Evernote has had a busy morning during which it announced a partnership with Taiwan Mobile and opened an office in Taipei, its fourth in Asia. The tie-in with Taiwan Mobile will see the operator’s 7 million customers given free access to the note-taking company’s premium service for one year.

The deal is Evernote’s third such collaboration with an operator and comes after it secured its first operator partnership in December 2011 when it linked up with Orange. The link-up is its second in Asia, after it first struck a deal with DoCoMo to pre-load the Evernote app, and offer a year of the premium service, on the Japanese carrier’s Android phones.

The company has also strengthened its presence in Taiwan with the launch of a new office in the country, where it already has a staff of two employees. The team will work to cover Asia, syncing up with its existing teams in Korea, Japan and China.

Primarily, Evernote Taiwan will also foster a closer bond with the local developer community, which the company says is impressive.

“One of the main reasons for our move into Taiwan is to encourage local developers to create content using our API since we’ve seen many excellent creations from developers in the country,” Evernote CEO Phil Libin told media.

“We don’t think about markets, and we aren’t in Taiwan to sell things. We are here to help make the best possible product with help from Taiwanese partners and developers,” he continued.

Evernote is particularly connected in Taiwan — where it has an active user focus group and an on the ground presence — but the deal has greater significance beyond the country as it demonstrates that the company is working to forge tie-in with operators in Asia with greater gusto. Also, the offer is likely to increase Evernote’s stable of paying customers by getting users hooked on the service while it is free.

Indeed, the agreement with Taiwan Mobile, which is the country’s second largest operator, comes just weeks after Evernote VP for International Operations Dmitriy Stavisky told E27 that the company was close to striking deals with operators across Southeast Asia.

“Device manufacturers and mobile operators are our natural partners [and] we already have relationships with many international OEMs that our users in Southeast Asia benefit from,” he told the Singapore-based blog.

The hardware deals that Stavisky eluded to include relationships with HTC, Samsung, Sony, Lenovo, Toshiba and more. Equally, Evernote has furthered its localization in Asia by becoming available in a range of languages across the region, including Bahasa (Indonesian and Malay), Thai, Vietnamese, and Chinese (Simplified and Traditional).

China has emerged as a key market for the company in recent times, particularly after it launched standalone service Yinxiang Biji in May.

The locally managed service provides a greater level of customisation for Chinese Evernote users, though they are still free to use the US-based international service too. That local appeal was further strengthened this month when the company opened up its API to encourage China-based developers to build on its platform.

Within days, the release lifted downloads from China “off the charts” and made the region the company’s fastest growing market. Growth appears to slowed down following the initial honeymoon period, but, impressively, China has become its second-fastest growth market — ahead of Japan and behind the US — country GM Amy Gu recently revealed.

The company still has big plans for Asia. In addition to continuing the progress in countries like Taiwan, Japan, Korea and China, Evernote is focused on growing its traction in developing markets like Indonesia, Thailand and Vietnam, GM for Asia Troy Malone recently told TNW.

As of May, Evernote had more than 32 million users, up from 30 million in April, and Stavisky said that it is on course to pass 100 million by 2013. Earlier this year, the company raised $70 million at a $1 billion valuation to aid its expansion into China and other regions.

Evernote is making an international push to attract developers to its products. In March, the company launched a new developer site to invigorate the ecosystem. Evernote Trunk, the company’s application store, is said to contain more than 300 apps worldwide.