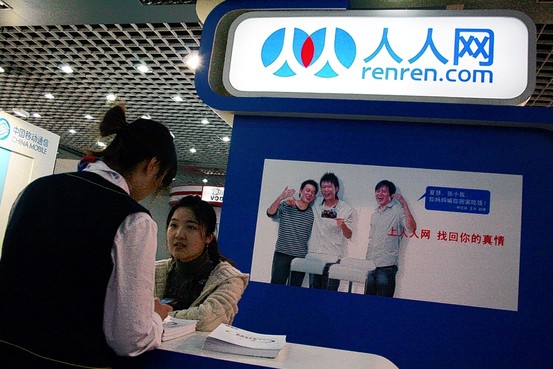 Social networking site Renren, China’s Facebook clone so to speak, is going public next week and according to Reuters, investors will likely ignore big risks the company faces.

It’s not very surprising after seeing the success of major Chinese tech companies like search engine Baidu and online video site Youku.com jump triple-digit percentages since their IPOs. As Reuters puts it, combining the words “China” and “social networking” in one sentence certainly whets the appetites of hungry investors.

With Facebook as the peg, currently valued at around $70 billion, RenRen has a huge potential to snag a piece of the social networking pie, given that Facebook and several other Western social networking sites are still blocked in the country. The China clone is estimated to have a value of around $5 billion.

The demand for Renren shares is evident — the company recently raised the expected price range of its IPO by 30 percent to $12 to $14 per share.

There are some red flags identified, however, that investors choose to ignore such as the uncertainty in the real number of subscribers, China censorship, intellectual property concerns, and weak internal financial controls. Mark Natkin, managing director of Marbridge Consulting, comments:

“Appetite to invest in China right now is so strong that some investors are willing to ignore factors that they wouldn’t in other markets.”

Despite everything, RenRen’s glory days under the spotlight may be numbered as we continue to hear more rumors on Facebook’s entry to China, that is believed to be imminent.

Read next: Get to know the India tech scene in 59 quick slides