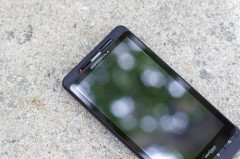 Facebook reportedly opened its second sales office in Asia located in Hong Kong, which is strategically located to cater to both Hong Kong and Taiwan markets.

“With millions of people in Hong Kong and Taiwan using Facebook daily to connect with the people, brands, and causes they care about, Facebook provides a powerful combination of reach and engagement for advertisers,” said Blake Chandlee, VP & Commercial Director, Asia-Pacific, Latin America, and Emerging Markets in a press release.

“By continuing to build our presence in the region, Facebook will be able to directly provide full support to advertisers here and help them create and execute campaigns that will have a meaningful impact on their businesses,” he added.

Data from SocialBakers shows that the two small Asian countries currently represent around 10 percent of the total Facebook users in Asia with a combined number of almost 16 million Facebook users. This is huge considering the combined population of Hong Kong and Taiwan is only 0.7 percent of the total. The reason behind this is that the penetration rate is pretty high for the two countries at 52% for Hong Kong and 51% for Taiwan, which is much higher than the 16% average of the region.

On the other hand, China, where Facebook is still banned, also experienced a sudden burst in number of subscribers, currently at 700,000, which barely makes a dent with a mere 0.17% penetration rate. Will Facebook’s new office be limited to just Hong Kong and Taiwan, or does it intend to touch neighboring countries as well?

Read next: Break the ice with TableTopics for your iOS device