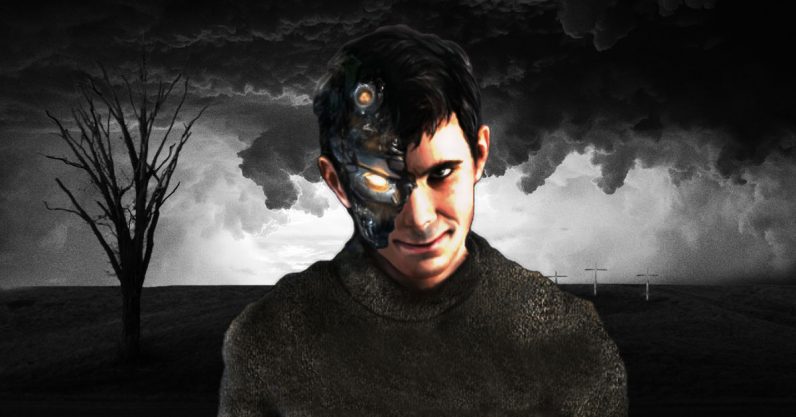 Norman is an intentionally-biased neural network designed to caption images. We’ve covered similar AI projects (this one was hilarious, and here’s one that fools humans) but MIT’s wasn’t trained like they were. It was, for lack of a better term, abused.

Rather than feed it good wholesome data obtained with the purest of intent, MIT researchers “exposed it to the darkest corners of Reddit” where it developed a macabre world view:

We trained Norman on image captions from an infamous subreddit (the name is redacted due to its graphic content) that is dedicated to document and observe the disturbing reality of death.

The result? Norman is pretty messed up.

The researchers fed it a series of Rorshact test images and compared its answers with that of a different neural network trained on more traditional data.

This year’s offering comes at a particularly sensitive time for tech, where unscrupulous use of data has become a hot-button topic. The point of Norman, according to the researchers, is to show the difference that biased data can make when developers are building an AI.

And in the wake of the Cambridge Analytica data scandal, which allegedly affected the results of both the Brexit campaign and the 2016 US presidential elections, it’s more evident now than ever that biased data can lead to unfavorable results.

Norman serves as a reminder that, as its creators put it, “when people talk about AI algorithms being biased and unfair, the culprit is often not the algorithm itself, but the biased data that was fed to it.” Another way of putting it: bullshit in, bullshit out.

You can learn more about Norman, and see more of its morbid captions, here.