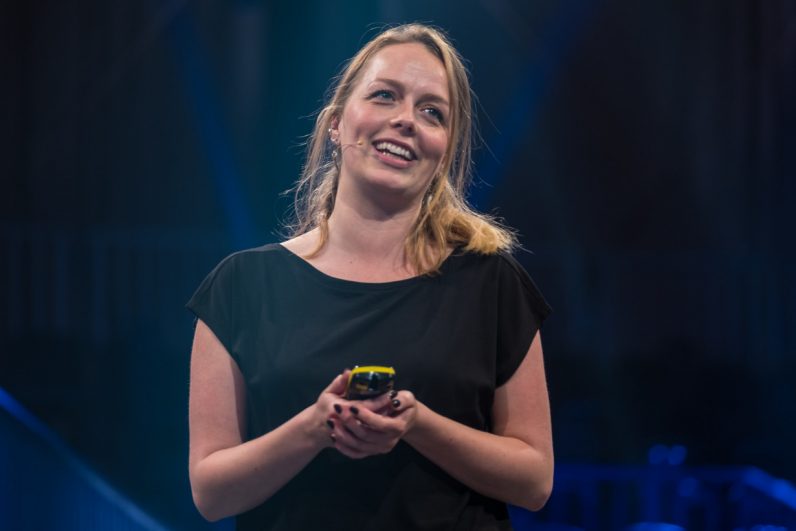 AI is a threat to humanity. It’s the great nightmare on the horizon. It’s the spectre that looms, promising to destroy humanity in a puff of thermonuclear smoke. It’s the Terminator. It’s the Borg.

But is it? On stage at TNW 2018, philosopher Alix Rubsaam looked at the purported existential threat AI poses to humanity itself. It turns out that fearing AI isn’t just rational, but it follows a long line of historical tech-based trepidations.

Early Jewish society, for example, feared golems. These were anthropomorphized clay figurines with potent powers. It makes sense that a largely agrarian society would envision an earth-based boogeyman.

Fast-forward a couple of thousand of years, and we’re taken to industrial-era England. Mary Shelly wrote her novel Frankenstein, about a monster brought to life through the power of electricity.

And now we’re in the midst of our cultural revolution. We’re woried that if computer-based congition surpasses humans, we’d cease to be top of the food chain. We would cease to be the apex predator, replaced with bytes and light.

It doesn’t help that AI (and, more accurately, automation) is radically changing the workplace. Jobs that were once considered secure, stable, and for life have been lost as machines continue their onslaught into the workplace.

But we aren’t what we do. We aren’t our jobs. Humanity is much more than that; it’s poetry and love. It’s friendships and intimacy. It’s sport, art, and creativity.

We’re right to be afraid of AI. It’ll change our society in a profound way. That said, computer intelligence isn’t our generation’s Golem or Frankenstein’s creation. But as history and anthropology shows, it’s only natural to feel that way.

Read next: PixelModo helps you create stunning graphics easily for all under $50