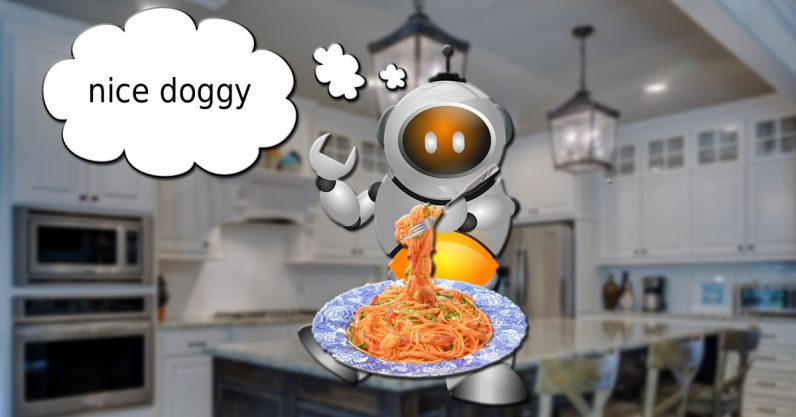 A team of researchers from Macedonia recently unveiled an AI capable of telling a story based on nothing more than a series of images. Theirs isn’t the first we’ve reported on, and perhaps it’s not the best, but it’s definitely the funniest.

The current project in vogue among many AI developers is making neural networks that caption images in a storytelling manner, as opposed to a descriptive manner. It’s difficult to do because, as any Instagram influencer knows, there’s an art to captioning photos in a way that captures the attention of humans.

When people do the job, the results are pretty predictable:

See there? This reads a lot like the stuff you might expect to find on social media. Perhaps the punctuation, spelling, grammar, and lack of sporadic capital letters is a bit abnormal, but we know these descriptions were made by a human.

When you let machines try and caption images, especially when they’re trying to put together a cohesive story, things get much more interesting. Here’s the same graphic, but with the human-made descriptions removed and three different AI-generated stories in place:

Oh machines, those aren’t green beans! And someone should definitely inform this thing that humans don’t eat wood, even for their “friend cooks dinner.” But, I’ve personally said “that dessert was also delicious and so delicious” after eating an amazing piece of pie, so we’ll accept that one.

And those aren’t the only ones where its clear that machines have no clue what they’re talking about. Here’s another one with the top line of each image written by a human, and then three AI-generated captions beneath:

Anyone wanna start a GoFundMe to get this family some better toys and that poor female some better presents?

There’s more, the really old guy (according to the AI) in the 3rd image is happy he “got his breath across the entire group,” which is something no human would have gleaned from that image:

Honestly, it’s a bit of a relief. For the past few years we’ve been hearing about the impending robot apocalypse on a regular basis. We’re afraid to spill coffee on our keyboards for fear it’ll spark the singularity (Electric Dreams anyone?). But seeing this makes it all better.

In fairness to the developers and the authors of this particular white paper, the problem is with AI in general, not with theirs – in fact, this team is pushing the limits and doing work on the edge. It’s because of work like this that the biggest challenges in the development of AI are being solved for the betterment of mankind.

We still find these results hilarious though. We’ve reached out to the developers to see if they’ve got any other funny or remarkable ones they’re willing to share.

Read next: Review: The Focal Clear are $1,500 headphones worth every penny