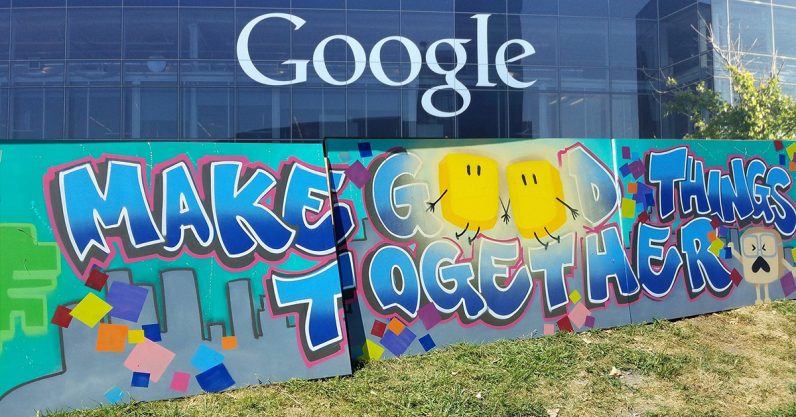 About a dozen Google employees reportedly left the company over its insistence on developing AI for the US military through a program called Project Maven. Meanwhile 4,000 others signed a petition demanding the company stop.

It looks like there’s some internal confusion over whether the company’s “Don’t Be Evil” motto covers making machine learning systems to aid warfare.

Worst killer robots ever: Google isn’t developing weapons for the government, at least not according to Google Cloud CEO Diane Greene. It’s instead helping the military configure TensorFlow for use analyzing video footage shot by drones.

If you believe that: We’ve got a bridge to sell you. But more to the point, the petition that’s floating around (with more than 4,000 signatures) addresses the company’s leaders’ assertion that it’s doing nothing wrong:

Recently, Googlers voiced concerns about Maven internally. Diane Greene responded, assuring them that the technology will not “operate or fly drones” and “will not be used to launch weapons.” While this eliminates a narrow set of direct applications, the technology is being built for the military, and once it’s delivered it could easily be used to assist in these tasks.

The reality is: Project Maven should be named “A big tech company pisses off its employees by teaching the military how to use open-source software.” TensorFlow is highly touted for its ease-of-use, so perhaps Google should back off and let the nation’s top AI adviser handle the situation.

We’ve reached out to Google for comment and will update this story as necessary.

Read next: HTC is launching a blockchain-powered phone