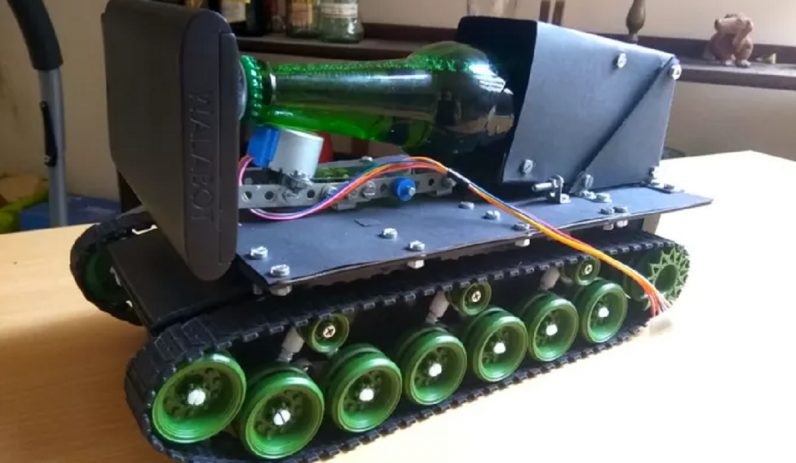 What’s cooler than Amazon’s Alexa voice assistant being able to get you a beer? Having it delivered via a toy tank.

Software developer Balázs Simon posted his newest project, called WalaBeer Tank, to Hackster earlier this week and you’ll just have to see the results to believe it:

The tank, a remote control toy, is rigged to deliver beer on command – complete with a crane system that makes it look like your beer is about to be launched like a ballistic missile.

And in what may be our favorite use of a voice assistant so far, it can be controlled entirely using Alexa.

But even that isn’t the best feature of this robot, according to Simon:

One of the ‘selling points’ of the tank is its follow me mode. If you ask the beer tank to follow you it will do its best and follow you. Once you reached you destination you just ask for the beer inside. It is a great party trick!

The robot is able to follow thanks to the integration of Walabot, a 3D sensor that works as the tank’s eyes. Despite looking like a toy, this thing has a Raspberry Pi computer, can see through walls, and follows you around like a personal chauffeur and bodyguard for your next beer.

Hands down, the award for coolest way to get a Heineken delivered in 2018 has to go to Simon and his awesome tank. Beer, military toys, and artificial intelligence — what’s not to like?