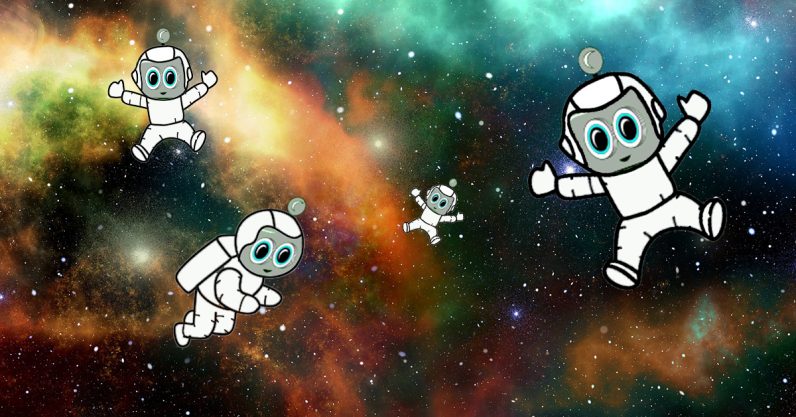 IBM yesterday announced it would be providing the AI brain for a robot being built by Airbus to accompany astronauts aboard the International Space Station (ISS). When only the best of the best will do, it looks like Watson has the right stuff.

The robot, which looks like a flying volleyball with a low-resolution face, is being deployed with German astronaut Alexander Gerst in June for a six month mission. It’s called CIMON, an acronym for Crew Interactive Mobile Companion, and it’s headed to space to do science stuff.

It’ll help crew members conduct medical experiments, study crystals, and play with a Rubix cube. Best of all, just like “Wilson,” the other volleyball with a face and Tom Hanks’ costar in the movie Castaway, CIMON can be the astronauts’ friend. According to an IBM blog post:

CIMON’s digital face, voice and use of artificial intelligence make it a “colleague” to the crew members. This collegial “working relationship” facilitates how astronauts work through their prescribed checklists of experiments, now entering into a genuine dialogue with their interactive assistant.

It’s fun to think of a five kilogram robot flying around, taking pictures, offering advice and going over procedures with astronauts like a useful version of ED-E, the friendly Eyebot from Fallout 3. But it’s not as gimmicky as it might sound.

The procedures the astronauts will engage in can have dozens or hundreds of steps and it’s not always feasible to have manuals or computers on hand. Not to mention Watson’s voice processing suite makes it a perfect assistant for researchers who have their hands full.

Furthermore the system could be developed to work as an alert system, according to IBM, and we all know that no spaceship is complete without an AI computer that repeats the word “alert” for the entire duration of a catastrophe.

We’re sure IBM’s Watson, which we called AI’s greatest ambassador, will make a fine edition to the crew of the ISS.