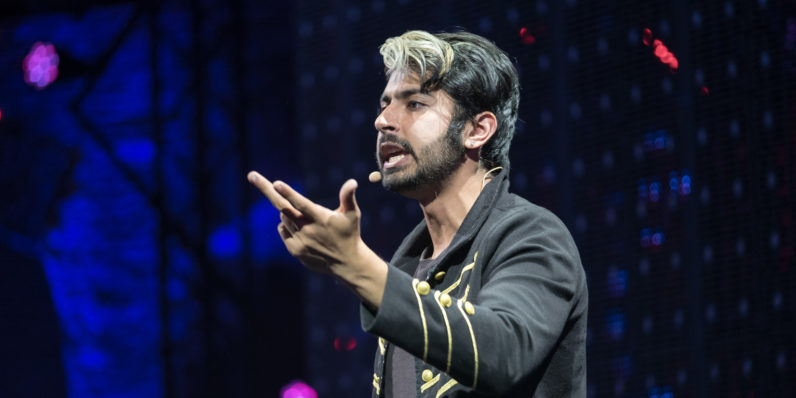 We’re currently in the final phase of AI development, in which we’ve advanced past teaching computers to follow rules and evaluating the best solutions to problems. With a clearly defined goal and enough data to parse, AI can now learn how to arrive at a solution on its own.

That’s both exciting and terrifying all at once, says data scientist and YouTuber Siraj Raval on stage at TNW Conference in Amsterdam. According to him, the danger we now face in the 21st century is that governments and corporations can arm themselves with powerful AI to control societies, and we need a way to tackle that.

What are we afraid of, specifically? Raval explains that there are two ways for AI to destroy us. The first is annihilation, Terminator-style – but it’s less about robots being intrinsically evil and more about them seeing humans as the problem and opting to eliminate us.

The other is manipulation. If you’ve been following the issue of fake news in the media lately, you know where this is going. AI can be used to generate bogus information – whether it’s a Wikipedia article or even a video that looks like a politician addressing the public – that’s indistinguishable from genuine sources of news and facts.

The way to prevent AI from killing us all, Raval says, is to democratize AI and put it in the hands of as many people as possible. That way, no single entity controls that superpower and has an unfair advantage over its enemies and subjects.

Organizations like Google, Elon Musk’s OpenAI, Microsoft and GoodAI are already working on various initiatives to make this happen.

At a more basic level, Raval notes, people need to understand, at a high level, how AI works and what they’re comfortable with.

By doing so, we’ll be able to have more conversations not just about the capabilities of AI, but also about how we want to harness its power, and how we want to limit it.