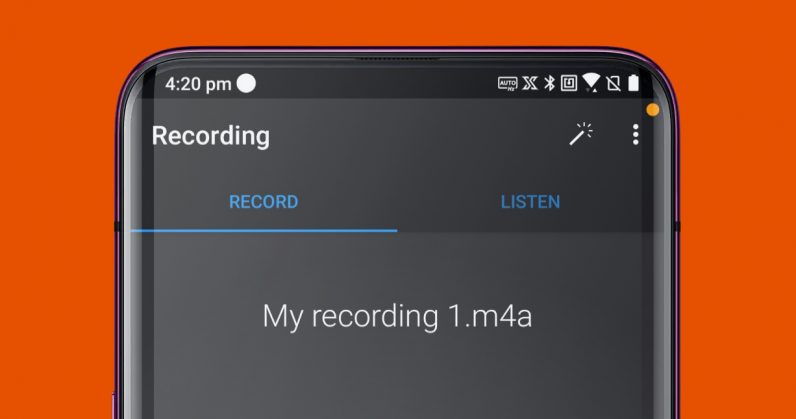 Apple introduced a nifty feature in iOS 14 that displays indicators on your iPhone or iPad every time an app begins using your mic or camera. That lets you know if your device is recording you when it shouldn’t.

[Read: Gmail is getting a massive redesign to work more like Slack]

There have been loads of shady apps guilty of this on Android over the years, and Google has worked to tackle concerns about them with improved access management in the OS, and better permission control for when apps can access the various sensors and recording hardware on your phone. If you want to take things a step further, you’ll want to grab Access Dots.

This free app simply displays a dot in a chosen corner of your screen to let you know when another app engages your mic or camera. If you spot a green or orange dot on your screen at some point, you’ll want to check which apps are running, and identify the peeping tom among them.

I’m happy to report the app works as advertised. I haven’t yet found any wayward eavesdroppers, thankfully — but I’m glad I now have a way to catch them in the act.

I’d have liked for Access Dots to also name the app that’s using your camera or mic, but that functionality isn’t yet available. Hopefully it’ll appear in a future update; I’ve written to the developer to ask, and will update this post if I hear back.

You can snag Access Dots for free in the Play Store; supporting its development with a donation unlocks some configuration options like setting the size of the dots, and which corner of your screen they’ll occupy.