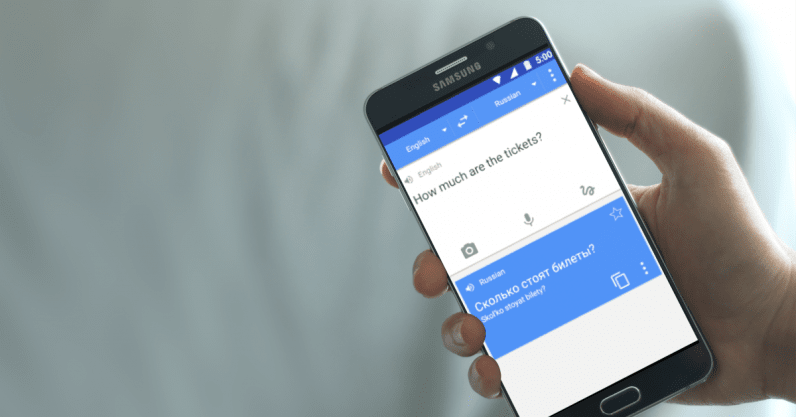 If you attend a lot of meetings and lectures, or simply interview people often, transcribing your audio recordings is perhaps the most tedious task in your workflow.

. But we might soon have some help from Google. The search giant showed off a new transcription feature in the Google Translate app during an event at its San Francisco office last night.

A report from The Verge noted that once the feature is rolled out, you can record audio in one language and get live transcription in another language. Initially, it will only work with live recordings — not pre-recorded audio files — and rely on cloud-based AI. Google also said it’ll launch the feature first on Android.

New from Google Translate: a transcription feature that can translate and transcribe speech in “close to real time,” coming to the Android app pic.twitter.com/IB15UhgE40

A report from CNET says the company is already testing the feature in several languages including French, German, and Spanish.

Google already has a transcription feature in the form of the Recorder app on Pixel phones. However, that relies on on-device AI and provides transcriptions only in the English language.

The company has provided no absolute timeline as to when the feature will roll out. We’ll keep an eye out for you, and update you when the transcription feature goes live.