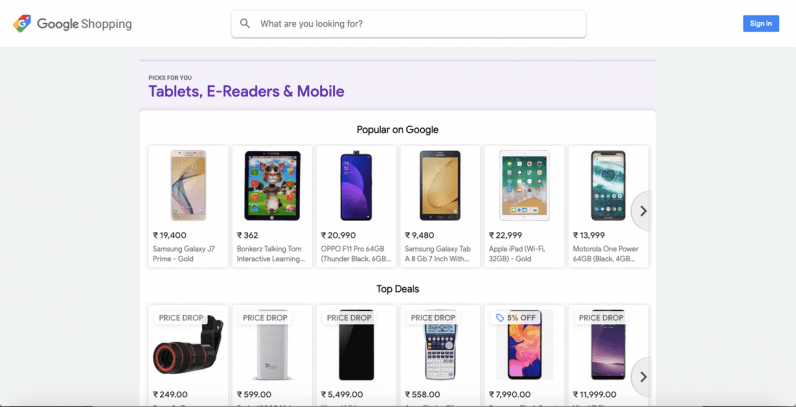 Google is betting big on ecommerce with the latest update to its search engine.

The company is unveiling a redesigned personalized Google Shopping experience, along with introducing the idea of a universal shopping cart across its platform of services, including Search, Shopping, Images and even YouTube.

You can now discover and compare products from various parts of the Google platform through shopping ads, then choose to purchase them instantly using your Google account. “With this new experience, we’re merging the best of Google Express with Google Shopping,” the company said in a blog post.

By unifying the shopping experience, the move also aims to target rivals like Pinterest and Instagram, whose photo-based social platforms become increasingly popular among customers as a means to purchase products online.

That’s not all. In a separate development, Google also said it’s combining all its travel-related offerings – the mobile Google Trips app, Google hotels search and Google Flights – under one hood called Trips.

It still works the same way as it used to, meaning it will use trip confirmation emails and receipts from your Gmail inbox to build the timeline of your trip – and you’ll now be able to access all this on desktop. Until now, these features were only available if you downloaded the Google Trips app for Android and iOS.

In the coming few months, Google also plans to make accessible your trip information, including hotel and restaurant reservations, in Google Maps as well. It didn’t say if it plans to update the existing Trips app to incorporate flight and hotel search features; that’d make it a whole lot easier to plan future travels.

The search giant’s product portfolio has often been labelled as confusing and scattershot, with the company developing and releasing services that have significant overlap in terms of functionality and canceling those that don’t gain consumer traction in the long run.

In the last four-and-a-half months alone, Google has discontinued an alarming number of products like Chromecast Audio, Google Allo, goo.gl URL shortener, Google Inbox, Google+, and many more. Later this year, it has outlined plans to shut down Google Hangouts, and also migrate users from Google Play Music to YouTube Music.

It’s good that Google likes to constantly experiment with different ideas, but given the company’s long history with abrupt changes to its product roadmap, it’s perhaps time Google decided on a long term strategy and told its customers just what the hell is going on. And these product unification efforts might just be the start it needs.

Support for the Google Trips app will end on August 5, 2019. Until then, you’ll still be able to access and email all of your trip reservations and notes as normal.

Read next: Opera will support ‘multiple blockchains’ in its browser, starting with TRON