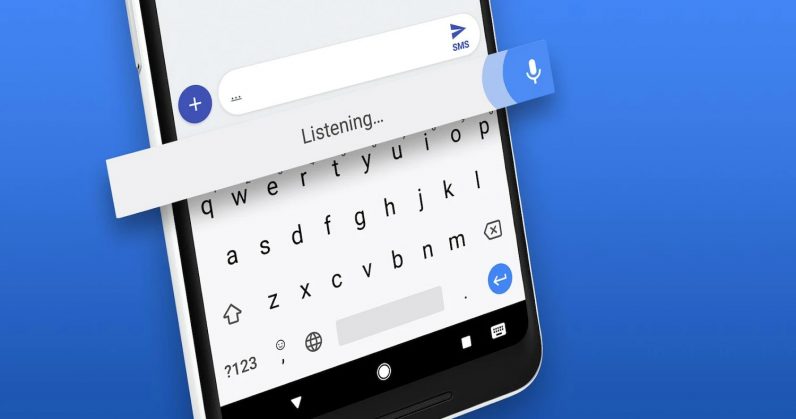 Google has updated its Gboard keyboard app for Android with AI-powered dictation that works offline. The company says it’s effectively miniaturized a cloud-based neural network system for speech recognition into an 80MB mobile app update, and that it’ll allow for faster and more reliable dictation on the go.

That’s big, because it means you don’t need your phone connecting to a server to deliver high-quality speech recognition results – and you also don’t need to have access to a high-speed Wi-Fi network to use the feature.

The new system has been in the works since 2014, and it eschews the traditional three-step process for speech recognition for a single-step solution. Typically, speech recognition software first maps spoken words into smaller segments of audio called phonemes, then connects these phonemes to form indexed words, and finally turns those into text.

The team at Google developed a new approach that continuously processes your speech, and outputs characters one at a time. It also compressed its graph of language and pronunciation models for matching audio to written words down from 2GB to 80MB, so it could fit easily on most phones.

It’s currently available only on Pixel devices in American English – but Françoise Beaufays, a team lead at Google’s speech recognition and mobile input group, told The Verge that the company should be able to make it available in more languages and for more devices in the future.

We’re going to put Gboard’s new speech recognition feature through its paces soon. If you’ve got a Pixel phone, you can try it for yourself by downloading Gboard from this page.

Read next: Here's what Thailand should call its first ICO/STO portal