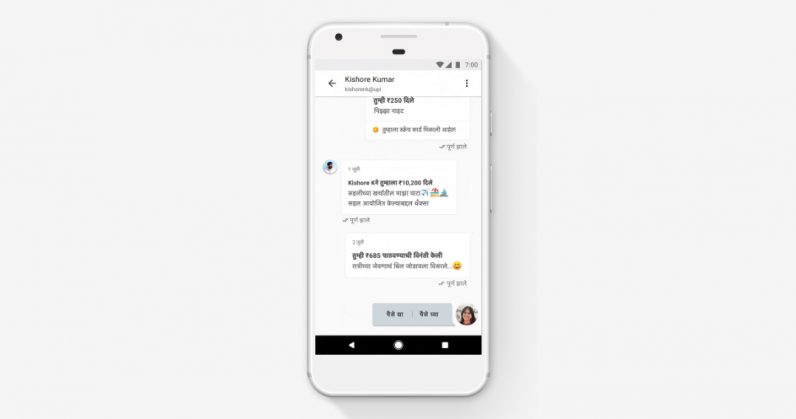 Google has added a messaging service to its Tez payments app, which allows users in India to send and receive money directly to their bank accounts, reports the Economic Times.

The feature is presently rolling out, and will soon become available to all 13.5 million users of the app. Google explained that the idea is to make it easy for people to track their transactions when they send or receive money from their contacts.

That makes sense for situations when you need to remind a friend to pay back what they owe you, or for folks to explain why they’re sending you a certain sum of money. Paytm, which offers a digital wallet among other services, recently baked messaging into its apps, and WhatsApp rolled out support for payments on its platform for users in India last month.

But it could also be part of a larger play for Google. The company recently updated Tez with the ability to surface bills from a number of utility service providers (like electricity, broadband and cable TV) and pay them off. By enabling messaging in its app, it could eventually allow businesses to send transactional messages as well as promotions right within Tez.

That could be similar to WhatsApp’s new app for businesses, which launched in January. The major benefit for companies that sign up to use this functionality is that they’ll be able to talk to customers and receive payments from them seamlessly.

While the inclusion of messaging might initially sound like overkill for a payments app like Tez, it may soon be par for the course for users in India, who are increasingly going cashless. Since the grand demonetization exercise of November 2016, digital wallets and apps that use the country’s national Unified Payments Interface (UPI) for P2P transactions have soared – and making such apps more flexible and usable in a wide range of scenarios seems to be the order of the day.