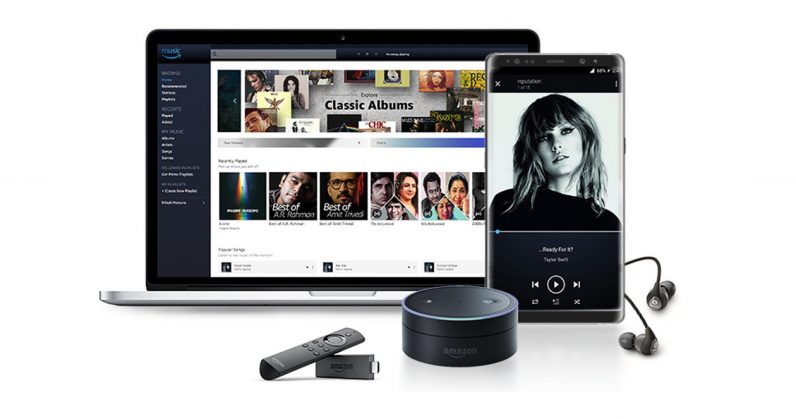 The rumors from  last March were true: Amazon has rolled out its Prime Music service in India today, with apps available for the web, Android, and iOS.

The company hasn’t said exactly how large its music catalog is in India; while it offers over 40 million tracks to subscribers of its Prime Unlimited service in the US, Prime Music unlocks only about two million songs in the various markets where’s it’s available.

That could certainly help keep Prime customers in the country hooked to the subscription plan, and to Amazon’s ecosystem of services and products. It recently launched its Echo speakers in India, and its Alexa assistant now boasts more than 12,000 skills there.

Alexa is also built into the Prime Music app, so you can use your voice to search for music and stations, as well as surface songs and albums you’ve previously played through the service’s beta with your Echo hardware.

In my brief test, Prime Music feels rather basic, and seems to be geared towards people who listen to whatever’s on the radio rather than to folks who enjoy curating and discovering new tunes.

The home screen is littered with recommendations of the most popular tracks from around the world (yep, some of you are still into Ed Sheeran’s ‘Shape of You’ from last January); songs from the Top Rock station date back as far as the early 2000s (Staind, anyone?), and the ‘Music for Every Mood’ section features playlists with regional-language music, even though I didn’t select any of those languages during the setup process. There’s also no way to generate a station or playlist with tracks similar to stuff from a song, artist, or album you like.

Ultimately, Prime Music will likely find fans among casual listeners here in India, and give them another reason to consider renewing their Prime subscription. But in its current state, it’s hard to see it competing directly with other established streaming services.

The Next Web’s 2018 conference is just a few months away, and it’ll be 💥💥. Find out all about our tracks, including our Music Summit that focuses on innovations in audio, here.

Read next: In a sad day for UK geeks, Maplin enters administration