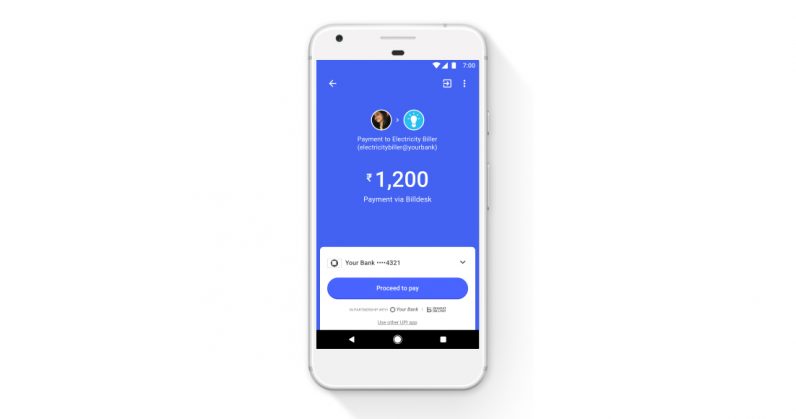 Google has updated its Tez payments app for users in India with the ability to pull up your bills from a number of local service providers and settle them with just a tap.

The company announced that the new functionality was in the works back in December 2017, when it announced that Tez was set to cross 12 million users in the country. When it launched in September last year, it only supported peer-to-peer payments via the national Unified Payments Interface (UPI) system, which allows for transactions directly between bank accounts, at no cost.

The update now lets you view billing history for a range of service providers you’re registered with, including including national and state electricity providers, gas and water, and DTH TV. Once you’ve had a look at what you owe, you can pay off your bills with a single tap.

Linking accounts takes no time at all, and payments work just as painlessly as Tez’s P2P transactions. All you need to do is hit the ‘New payment’ button, search for your service provider, enter your account details, and you’ll then be able to see pending bills – and if the company uses Bharat BillPay, your older bills will show up too.

That negates the need for logging into various sites and apps to keep your essential services up and running at home.

With that, Google is well on its way to gobbling up a big piece of the mobile payments pie in India; it’s quickly begun evolving Tez from a UPI app to a platform. After enabling payments to service providers, the company will try to get independent merchants and small businesses to adopt it this year.

It’ll then find itself going up against WhatsApp, which recently introduced a tool for businesses to chat directly with customers and send them transaction alerts, as well as support for UPI-based payments between users in India right from their conversations. Meanwhile, Paytm, which operates a digital wallet, payments bank, and offers UPI money transfers, launched a messaging service within its app. It’ll be interesting to see if Google can beat out these companies in garnering a larger user base in the coming years, as the company estimates that digital payments in the country will hit $500 billion by 2020.