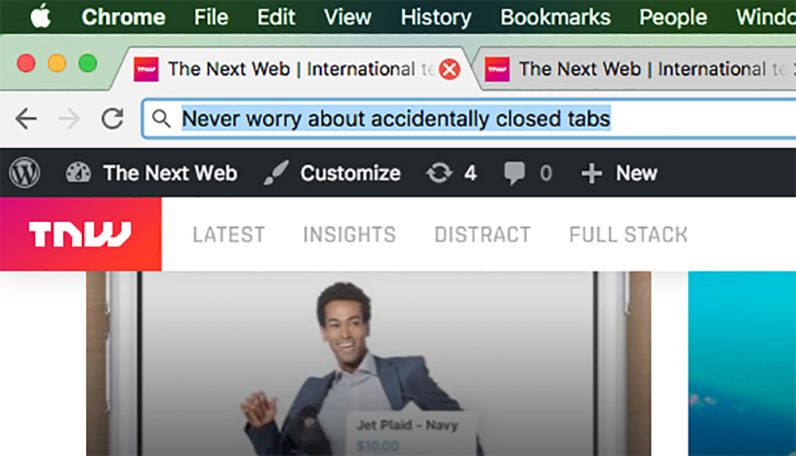 Anybody who struggles to keep their tabs under control knows how infuriating it is to close one by mistake – especially during stressful periods at work. But there is a handy shortcut you could use to re-open any closed tabs in Chrome without even missing a beat.

The best part is that it works on both Windows and Mac. Here is how you do it.

What is particularly nifty is that Chrome remembers precisely in which window you closed the tab, in case you’re working with multiple windows at the same time – so you won’t have to worry about reordering your tabs.

In all fairness, this shortcut has been in Chrome for ages. The thing is: There are little tips and tricks that you always needed, but never knew about. This is why we’re sharing this with you.

Now go close and re-open a bunch of tabs just for the sake of it. Trust me, using this shortcut feels oddly satisfying.

P.S.: Yes, we knew about this already. We think you should too.

Read next: This coding bootcamp is offering free tuition to employees of collapsed airline Monarch