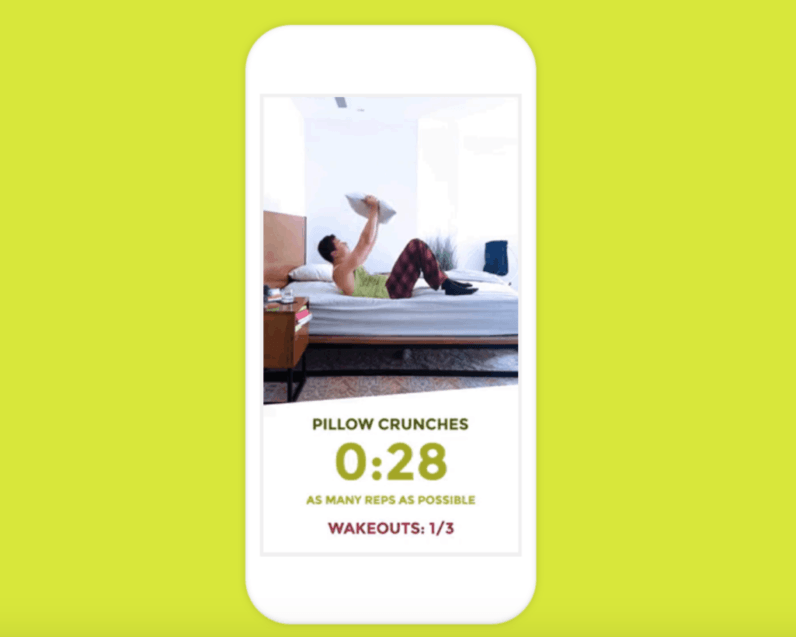 Wakeout is a new app that has only one goal: to wake its users up by exercising. And yes, it’s as horrible and effective as it seems.

I downloaded the app the night before I planned to use it, and was already dreading waking up. 7:30 a.m. eventually hit, and my sleep was rudely interrupted by a Wakeout notification. I was annoyed, to say the least, but I did manage to unlock my phone.

Upon opening the app, my half-asleep-self was (somewhat) awakened by obnoxious 80’s synthpop music. After I had come to terms with the Richard Simmons music, I started the workout.

The sixty-second circuit involved: waving my arms in the air, crunches, and my personal favorite, punching my pillow. After the mini-workout was over, my blood was rushing, and I had no trouble starting my morning routine.

The app has 80 different workouts and randomly-generates a different routine every morning. Some of the other exercises include pillow over-head raises, toe-touches, squats, and mountain climbers (not for the faint of heart).

And the app does works 一  just as long you have the willpower to avoid hitting snooze.