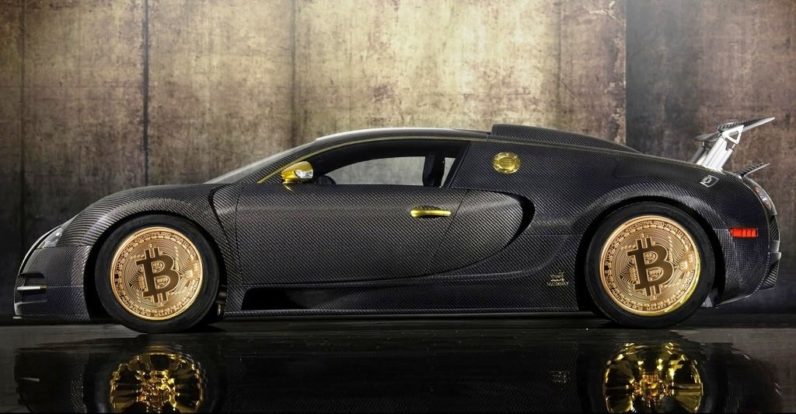 It was only a matter of time before hip-hop would find its way to rapping about getting rich off digital money, after all, it’s being called gold 2.0: It might not be as easy to wear around your neck, but it’s just as easy to buy and sell in a pinch.

Faberyayo and Abel, two Dutch rappers who recently caught the crypto fever, put their mouths where their digital money is. They recorded Crypto Fever, an anthem worthy of the hype surrounding the digital currencies in the past few years.

According to Abel, who spoke to me via Whatsapp, their anthem reflects a different part of cryptocurrencies: “Where others rap about the utopian, tech side of cryptocoins, we’re the only ones who only talk about the getting rich part.”

As the lyric “My mousemat is Missoni” illustrates, the duo is indeed more focussed on “daytrading and buying designer clothes,” as Abel explains.

When asked how rappers would make it rain on strippers if everyone carries their money around on USB sticks, he simply answered: “There’s an app for that.” Which is true. Also, there’s an actual strip club in Las Vegas that developed their own cryptocoin that can be used to pay dancers. As Motherboard reported earlier this year:

Bitcoin wallet apps often make use of QR codes to share transaction details between sender and receiver, a fact that Peter Klamka, the Legend Room’s cryptocurrency specialist, says the club plans to make use of.

The track is not all about designer computer accessories by the way, it also keeps in mind the possibilities cryptocoins can offer to future generations. Faberyayo briefly touches on the crypto investments he made for the future of his firstborn daughter, hoping for her sake the stock market will “crash and burn,” leaving those with cryptocoins untouched.

According to Abel the future of cryptocurrency as a theme in hip-hop might give us “some memorable bars on the matter,” but it will probably never the take the place of gold or plain old cash: “Just like you never hear mainstream rappers rap about their diversified portfolio.”

For more on cryptocurrencies and in particular Ethereum, tune into our Answers session with Vitalik Buterin, founder of Ethereum, to ask him anything you’d like to know.

Read next: Turn digital currency into real cash with this introductory course — for only $15