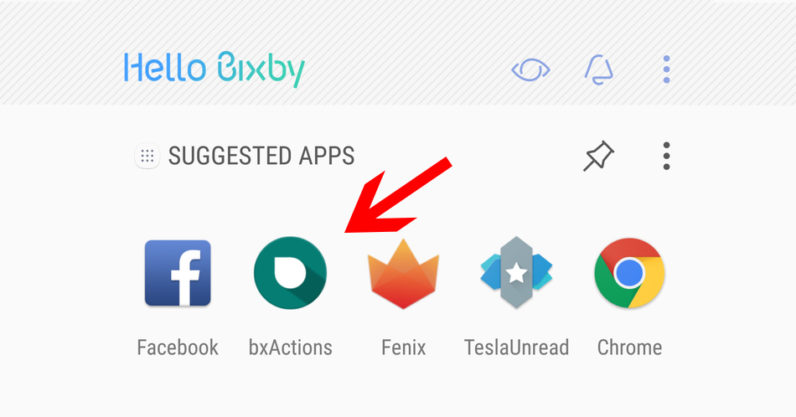 Samsung blew the competition out of the water with its exquisitely designed Galaxy S8 flagship. But one thing consumers found rather underwhelming was the company’s decision to include a dedicated physical button for Bixby – and it seems even the virtual assistant has grown smart enough to know this.

In a bizarre turn of events, Redditors were amused to spot that one of the apps Bixby recommends to Galaxy S8 users is bxActions – an app specifically designed to disable the Bixby physical button or remap it with alternatives like Google Now or Assistant.

Given that the South Korean phone maker programmed Bixby to throw out suggestions based on usage patterns it accumulates over time, there is one quite sensible explanation to this unusual occurrence: So many S8 users were rushing to download bxActions that the smart assistant itself eventually felt compelled to suggest the app.

In fact, this hypothesis seems to align pretty close with the general sentiment among Redditors:

What is particularly odd, however, is that Samsung hasn’t blacklisted remapping software from appearing in Bixby’s suggested apps.

When the S8 first made its debut, a barrage of remapping apps surfaced on Google Play, but Samsung was quick to smother such apps with numerous software updates. Of course, new remapping solutions continued to pop up despite the company’s efforts – and it seems Bixby has finally begun to embrace the trend.

Read next: Facebook is testing a revamped Videos tab with suggested clips on Android