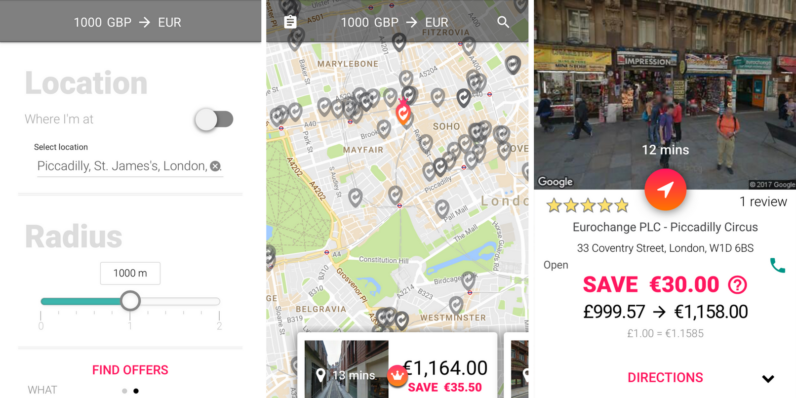 At one point, if you wanted to exchange money, you’d head to the nearest “bureau de change,” where you’d swap your pounds or dollars for francs, lira, or guilders. This worked, but you’d inevitably be lumbered with a terrible exchange rate or onerous fees.

But then credit and debit cards happened, allowing you to withdraw cash from an ATM at the current market rates. This was a revelation, and then the entire process got even cheaper. Over the past few years, several innovative fintech startups have arrived that allow you to swap currencies, but without the steep fees you’d associate with dealing with a bricks-and-mortar bank.

You could be forgiven for thinking of old-school currency exchanges as a bit of an anachromism. Something that belongs to the past, like VHS tapes, cassettes, pogo sticks, and the Amiga. But this would be a mistake.

There are literally thousands of currency exchanges in London, suggesting that to this day, there’s still a demand for their services. But there’s no real digital marketplace that moderates them, sorting out the good rates from the bad, the wheat from the chaff.

Cambiu, an ambitious startup founded by an Israeli-British team, hopes to change that by launching what its founder, Yonatan Brand, calls “the eBay for money.”

Here’s how it works. Currency exchanges sign up and provide Cambiu a real-time feed of its exchange rates, either through its API or a feeder app. When an end-user loads the Cambiu app on their mobile device, they’re presented with the best exchange rates near them.

Exchanges can also use the Cambiu service in order to see the rates of their nearby rivals, allowing them to be more competitive.

When asked if there’s a future for these high-street hallmarks in 2017, Brand insisted there was, saying: “Weswap and Revolut are great services for the user but they are not generating a marketplace, and pay themselves for the actual transaction cost. This is why they are both limiting and capping the number of conversions you can make. They also charge for ATM use (if you need to have cash).”

He added that these startups fail to serve those visiting the country on a transient basis, saying: “They can’t help you if are a foreigner, or if you need to change money now, since you don’t have a card and can’t receive one.”

Cambiu launches today in London. According to Brand, the company has onboarded over 300 currency exchanges onto its network. You can check these out through your smarphone’s browser.

Even before the company launches in its first market, the company is looking abroad, with plans to enter New York and Tel Aviv. According to Brand, it has also cast its eye to Mexico, continental Europe, and China for long-term expansion.

Is Cambiu getting ahead of itself? In a world with Monzo, WeSwap, and Revolut, is there really a market for a bricks-and-mortar currency exchange comparison site? Time will tell.