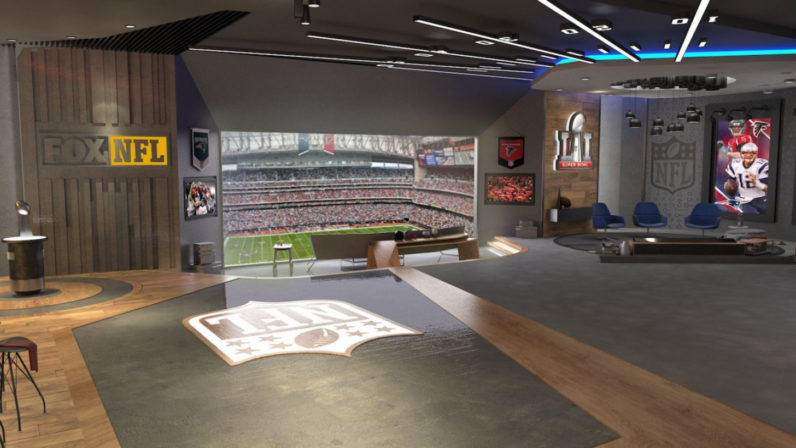 Well, kind of. Fox Sports announced today that its Fox Sports VR app will feature a “virtual suite” for watching highlight clips from the game in “near” real-time. In other words, you’ll be placed in a virtual room with a big screen you can watch the clips from, but the footage itself is not actually in VR or even 360 video.

If you don’t have a VR headset, you can also move around your phone for the 360-degree experience, although again, the footage itself won’t be in VR, as far as we can tell. There will be around 20 highlight clips provided from

It’s an odd choice. While having more viewing options isn’t a bad thing, the idea of strapping on a VR headset to watch 2D footage in a CG room seems a little…. odd. Heck, even if there were a few 360-degree clips thrown in, the experience might be worthwhile to try out during a commercial break. But as it stands, it’s hard to see what the app will offer over just watching the game on a TV.

If you you want to give it a shot – it could at least be a fun party trick –  you can download the app here for Android, iOS and Gear VR. You’ll need to log in with your cable account to watch the footage, but it’s otherwise free. Who knows, maybe by 2018 we’ll have a real VR Super Bowl experience.

Read next: Dutch researchers tapped Tinder to find an orangutan's next mate