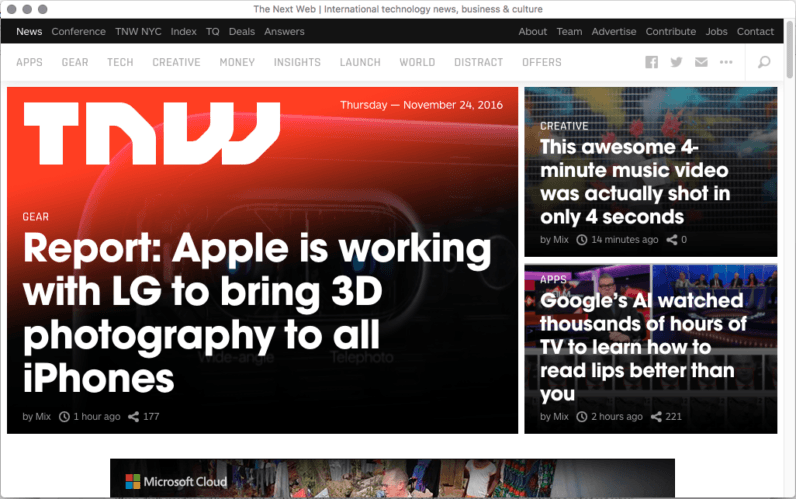 The last time I used a web browser without tabs was well over ten years ago. It was Internet Explorer 6. Things, thankfully, have moved on since then. But it seems that nobody has told Colibri – a new browser that aims to differentiate itself from the pack by excising tabs entirely.

This is a browser for people who like to do one thing a time. It’s currently available as a free beta for MacOS users. According to the developers, Windows, Android, and iOS versions are also in the pipeline, although it doesn’t say when these are expected to land.

It’s hard to get excited about what amounts to Chrome, sans the tab bar. But Colibri has a few tricks up its sleeve. First, it comes with something called “Links”, which it says are designed to replace tabs. When you know that you’re going to re-visit a webpage, you can save it to be revisited later.

This is great for static content. You can have an unlimited number of Links, and they can be filtered, grouped into lists, and searched. Colibri can also automatically back them up to its cloud service, which is available for free for the duration of the beta.

But it’s not so handy for webpages that do something in real-time and you’ll want in the background, like Spotify or Facebook Messenger.

For the sake of fairness, it’s worth noting that Colibri will let you open an additional window if you absolutely must have multiple webpages open simultaneously. But this just feels incredibly inelegant, and kinda undermines its purpose.

On the subject of its head-scratching decision to remove the tab bar, the makers of Colibri have this to say:

“Colibri Browser is designed to be fast, efficient, and uncluttered. It has the most compact interface of any web browsers. This can only be achieved by removing the Tab Bar. You can browse your favorite websites with the largest view, the least distraction, and the lowest resource usage.”

That’s a reasonable point. The unbelievably streamlined Colibri runs extremely smoothly. But my biggest quarrel with Colibri is that, as a concept, it’s just not viable for how people use the Internet in 2016.

We do far too many things – especially everyday office tasks – in the browser. Tabs are an essential part of that. By using Colibri as your main browser (which I doubt many people will do), you effectively turn your laptop into one of those computers from the 1970’s that could only run one program at a time.

As a thought experiment, Colibri is undeniably interesting. But beyond that, it’s not really worth exploring. If you want to try a brand new browser, there are far more compelling options on offer like Opera and Vivaldi.

Read next: Microsoft has set up a dedicated support line for Surface Studio owners