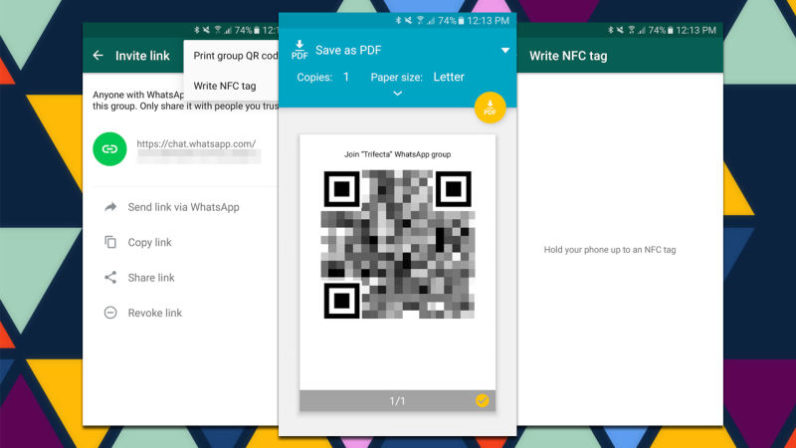 WhatsApp has just started rolling out an update for its beta application for Android. The upgrade — Version 2.16.281 — transports compatibility for public groups, in addition to a plethora of bug fixes.

Once they’ve installed the update, administrators will have the facility to add users to their WhatsApp group by taking advantage of the new ‘Invite to group via link’ button that resides at the top of their contacts list.

Tapping the button generates a unique URL that can be shared with friends, family and the public in three ways — sent as a message via a third-party application, encoded in a QR code or written to a physical NFC tag.

Links can be revoked at a later date to stop additional people from joining.

I’m not too sure why the average WhatsApp user would want to use this feature, but I can imagine businesses utilizing it to invite a large amount of participants to a chat as they can simply circulate an email with a link to join.

Another feature has also been added to this latest build of the beta. It’s a quick forward button — similar to the one that started making the rounds on iOS earlier this month — that lets users easily share media to other conversations.

If you’re enrolled in the beta and would like to install the update on your smartphone, open up the ‘Play Store’, swipe in from the left-hand side of the display, select ‘My Apps’, click on ‘WhatsApp’, then hit the ‘Update’ button.