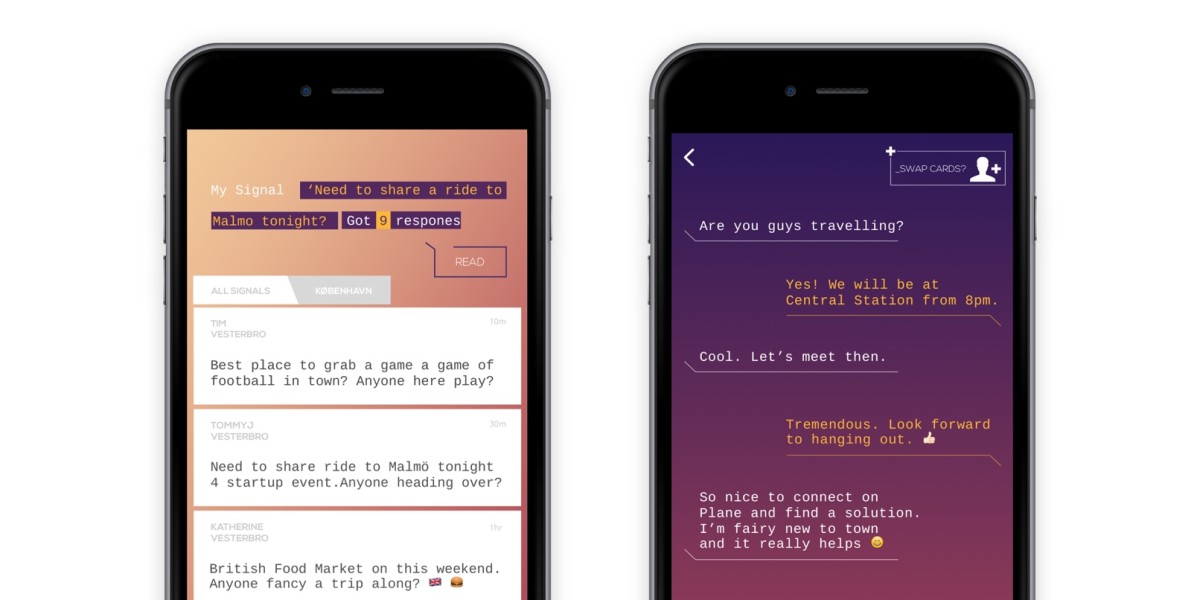 After he sold his Cupple messaging app for couples, Tim Allison was working in Switzerland as a consultant in an unfamiliar town, wondering why there wasn’t an easy way for him to meet interesting people in places where he didn’t have an existing network.

Not long later, he’d built the first version of Plane, an app designed to solve his problem.

This is a pain point others have tried to cure in the past, but we’ve never seen it done quite like this. Plane keep things really simple, looking like an old-school terminal interface. You enter a ‘signal’ – a message about the kind of people you want to get in touch with and then other people reply. Initial replies are public, but you can take the message private subsequently and swap contact details with a tap.

Signals are live for 24 hours after posting and you can filter by the city area if you’re in one of 19 supported cities, including San Francisco, New York City, Berlin, Copenhagen, Dubai, Stockholm, Sydney, Tel Aviv and London. If you’re elsewhere, you can manually specify your city.

Allison says that he’s targeting what TransferWise termed ’next-pats’ – people living away from their home country with a more digitally-connected, global mindset than traditional expatriates.

Plane currently smells of an early-stage project. It’s easy to imagine people misusing the app, making it spammy or noisy. Still,  the eye-catching presentation and boiled-down approach to solving a common problem amongst today’s globally-minded young workforce make it worth keeping an eye on.

Read next: Add up to 128GB storage to your iOS device with the iKlips flash drive