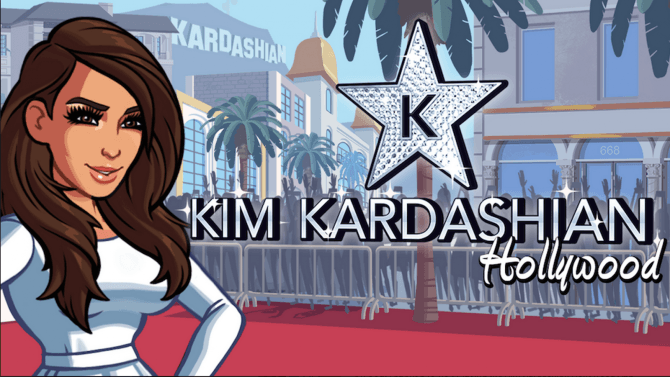 Reality star, fashion icon, and noted backside Kim Kardashian West is a lot of things to many people, but at the top of that list is ‘business mogul.’ While her husband Kanye West is off stoking the news cycle, she’s been quietly raking in millions from her casual free-to-play mobile game ‘Kim Kardashian: Hollywood’ since it launched in 2014.

Now, there are numbers to prove it. Glu Mobile CEO Niccolo de Masi said in a presentation yesterday at the DICE Summit in Las Vegas that the company raked in more than $100 million in its first five quarters alone. Note: this is a free game — all of this revenue came from freemium purchases from Kardashian fans who needed more K Stars to go out on a date with an A-class hunk.

Engagement is also insanely high: the game has been downloaded 42 million times, logging 3.29 billion play sessions. To put that in real time, players have spent around 35,000 years in the game.

Glu hopes to recreate that Kardashian-flavored success with its latest game, ‘Kendall and Kylie.’ That one offers up the same play style as Kim’s, but with a more teen-centric attitude and appearances from younger sisters Kendall and Kylie Jenner.

Success isn’t inherent — Glu has more or less struck out with its Katy Perry game, which debuted last year. But with the Kardashians, anything is possible.

Read next: UK mobile carrier plans to block ads for all its customers