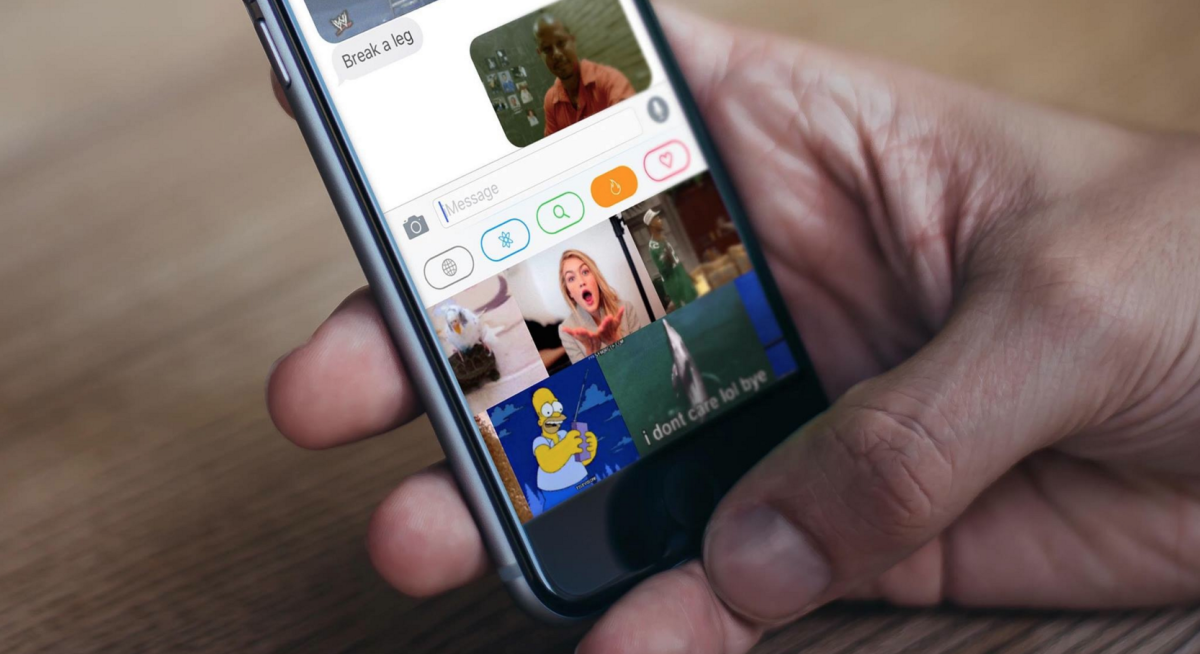 While many of my colleagues believe the emoji is the most accurate way to represent feelings online, I prefer the GIF. I keep a folder of GIFs on my desktop — puppies, funny faces, Sailor Moon — to use in Twitter, Slack, on Facebook and even in instant messages. But that experience is harder to replicate on the phone, since there’s no effective drag-and-drop method and the files can eat up your space.

Creating a seamless mobile GIF-sharing experience is the point of the newly revamped Giffage, a GIF-maker and keyboard app for iOS that initially released in April of this year. Armed with new features and an in-keyboard search, the app promises to make making, finding and sharing GIFs simple and fast.

More or less, that is the case: when I want to find a GIF, the keyboard’s newly integrated search bar surfaces popular GIFs by both feelings (for example typing ‘sad’ will give me a GIF of a woefully snotty Steven Universe) or by media (typing ‘Steven Universe’ will not only surface the cartoon character, but GIFs from the series and supporting characters).

For those uninterested in typing, there’s a ‘Smart’ section that allows you to tap for reactions, feelings, memes and others quickly. There’s also a ‘Trending’ section that is delightfully up to date — opening it up this morning revealed two choice GIFs from the Missy Elliot music video that dropped this morning.

One tap copies the GIF to paste into your medium of choice, while a double tap simply sends a link. A long press in the keyboard puts the GIF in your ‘Favorites’ for easy access.

The app itself is also useful, offering a simple interface to find and fave GIFs for your keyboard. There’s also a GIF Maker, which takes clips of live video, offers filters and text, and then adds them to that ‘Favorites’ section. I am a human GIF, so I found this actually very engaging.

The app also notably takes advantage of 3D Touch, which allows you to quickly search or browse GIFs, as well as quickly make your own. There’s also a notification widget to install, if you’re into knowing the top trending GIFs.

Although very slick and reliable, the experience isn’t without its hiccups. Notably, in service to the design of the keyboard, the switch designed to toggle from the regular keyboard to the Giffage Keyboard is located in the upper left, which is wonky and took me a while to find. Also, when bringing up the keyboard, you can easily find yourself typing in the search bar rather than the text box you intend. This is a bit annoying, since it deviates from natural conversation.

But if you’re bananas about GIFs and can’t wait to sprinkle the world with them, Giffage is a solid tool. It’s available today in its updated form for free via the App store.

Read next: Mac apps not working or downloading? Apple screwed up