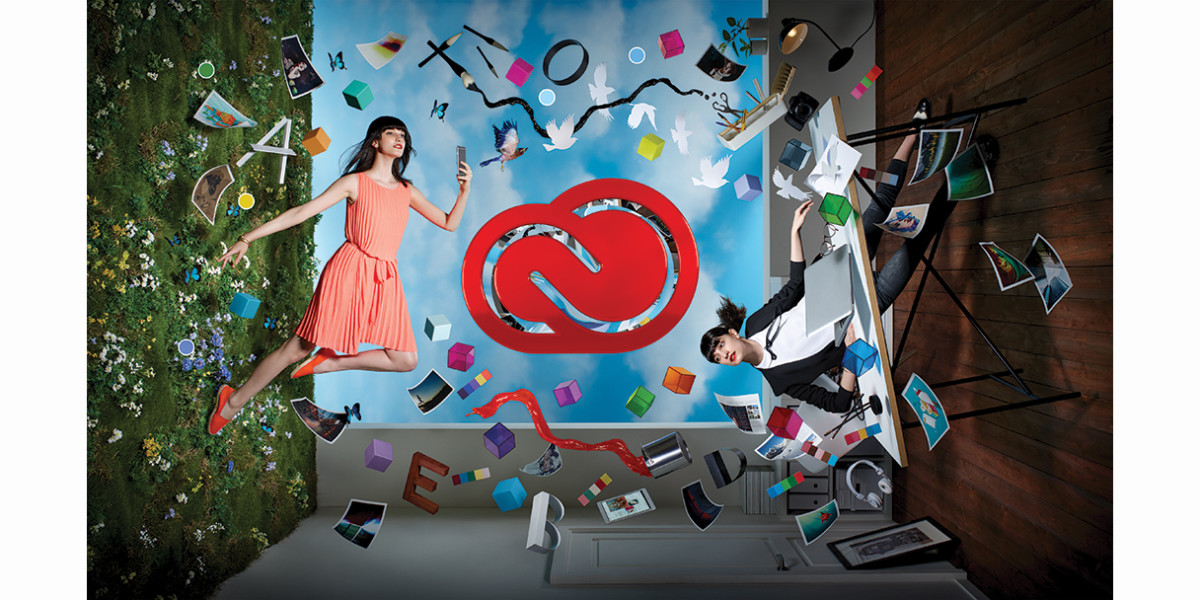 Adobe has launched the 2015 edition of its Creative Cloud subscription program with updates to 15 desktop apps, brand new mobile apps and a renewed focus on performance and multi-platform functionality.

In conjunction with the suite updates, Adobe has also launched Adobe Stock, a brand new stock photo service, which takes advantage of the company’s recent acquisition of the Fotolia stock agency. It also has unveiled its first set of Creative Cloud-based mobile apps for Android.

“We’ve been really focused on performance for this release,” said Scott Morris, Creative Cloud’s senior marketing director. “This release of Illustrator is 10 times faster than CS6 for all of the common tasks like panning and zooming; InDesign is twice as fast, even in scrolling through complex documents; and performance enhancements in Photoshop such as the Healing Brush and the Path Tool are up to 120 times faster with GPU acceleration.”

This round of updates coincides with two new mobile apps  — Preview CC and Hue CC, which are now part of the growing arsenal of mobile offerings Adobe has now connected to its major desktop apps.

Photoshop now has a Dehaze feature — first demoed at Adobe’s Max creativity conference — which will also appear in Lightroom, in addition to a new filter that adds noise to Blur effects.

Adobe has so many mobile apps now that it’s hard to keep track of all of them. That reflects the company’s recent strategy of having a large number of apps with discrete functions rather than a single all-encompassing Photoshop Touch-style app. This keeps operations focused and simple, tailored to people who need to zero in on a particular task.

Adobe always offered a Creative Cloud service that let you connect desktop and mobile apps into a unified workflow, but this year it decided to give that function a formal name — CreativeSync — to both illustrate its capabilities in connecting workflows and letting you start a project in one mode or device and pick it up in another.

Linked assets in Creative Cloud libraries now give you the option of updating a particular image, graphic or object across any Photoshop, Illustrator or InDesign project it appears in.

When considering a mature app like Photoshop, the question always arises: What more can you do with it? Plenty — it turns out.

Artboards, a staple in Illustrator, have now arrived in Photoshop. You can make each artboard a different size, lay them out in a single document and view them all at once. You can also copy and share content between artboards and export them.

The mode can be switched on from Photoshop’s Experimental Features preference, but you can easily choose other familiar modes as well. Adobe seeks customer feedback on the new mode before it’s finalized.

Creative Cloud Charts is a new service now being integrated into Illustrator that lets you create data-driven visualizations including custom charts, graphics and infographics using a preview of a simplified Chart interface.

“This is a complete re-imagining of how you work with charts by leveraging Creative Cloud libraries,” Morris said. “You can grab a graphic from the library into the data source and it does a visual representation of that graphic.”

A brand new one-click InDesign Publish Online (Preview) lets you take a print document and publish it online, without plugins.

Compatible with all devices and browsers, this feature lets you repurpose documents you created for print. The published document can be accessed by anyone who has the URL, allowing a simple online reading experience.

In other improvements, designers can now add color or shading to a paragraph and place images directly into table cells.

Not only do Dreamweaver updates make it easier for developers to create responsive websites, they also ease previewing pages and interactivity in real time directly with a mobile app. That is in addition to code editor improvements and the ability to batch export web images from PSD format.

Sometimes, a simple change makes everything easier, and with Muse, Adobe has now arranged for Typekit fonts to be available directly from the visual design app. New add-ons include a shopping cart, blog integration and design improvements to text and forms.

Improvements to the Flash Bone tool let you animate objects by linking symbols together with a bone structure. You can now import video into the timeline, export all of the bitmaps in your HTML5 Canvas project as a single sprite sheet and split audio files directly on the timeline to coordinate blank frames as you animate.

For the first time, Adobe is shipping Creative Cloud mobile apps on Android. Four iOS apps linked to Photoshop and Illustrator on the desktop  — Brush, Shape, Color and Mix — are now available on Android phones.

“We have a commitment that over time we will bring phone-based apps to Android. It opens up that mobile-to-desktop workflow for the legions of Android users out there,” Morris said.

The new Adobe Preview CC offers precise and in-context previews of mobile app and mobile web designs on your iOS device. Hue CC lets you easily capture and share lighting and color schemes to use with video projects.

All updates to Creative Cloud desktop and mobile apps are available now and at no extra cost to Creative Cloud members. New stock service prices are $9.99 for a single image; $49.99 for 10 images a month; and $199.99 a month for 750 images.