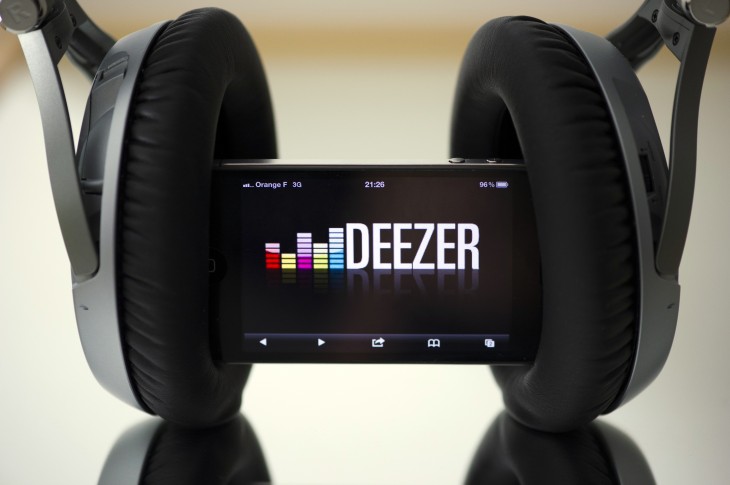 On-demand music streaming service Deezer moved one step closer to launching an Android app today, after it released a new and “recharged” beta version to the public.

The app has a few crucial new features, including predictive search, to keep users away from rival services such as Spotify and Rdio. It works exactly as you would expect, suggesting particular artists or tracks as soon as you begin typing into the search bar. The monochromatic color scheme is also exceptional here, with a few simple icons representing a song, record or musician category.

While predictive search isn’t a particularly innovative feature, it does improve the overall speed at which users can find and select new records to listen to – particularly when on the move or handling a smartphone with one hand.

The app also has a built-in mini-player, which allows users to leave the native app but still have access to some basic controls from the lock screen and notification center. The latter is particularly well designed, with appropriate space given to album artwork, artist and track name information, and skip backward/pause/skip forward controls.

Elsewhere the app has been given a major redesign, utilizing a primarily black and white color scheme to help the album artwork really come to the fore. This is apparent particularly in the albums and playlists sections, where Deezer has been wise to keep the general interface confined to a simple list layout.

Users can download the beta version here, although Deezer says it hopes to have the app in the Google Play store “soon.”

“It’s a key mission for Deezer to always make the best of the capacities of each mobile platform,” Matthieu Gorvan, Head of Mobile at Deezer said. “Android allowed us to innovate further, hence enabling new music discovery features.”

Deezer announced a number of developer-focused changes in March, including third-party app discovery on mobile devices and an update to its API, which allows for Deezer-powered apps in the social bar.

It follows a wider launch in Brazil, that gave users free Web access for six months and mobile access for four weeks. The music streaming service is also expected to hit smart TVs produced by Samsung, LG, and Toshiba later this year, which should give its overall device coverage a significant boost.

A report by DigitalMusicNews, published in January, showed that Deezer’s paid subscriber rate grew faster than that of Spotify in 2012. Nevertheless, it’s hard to shake the feeling that Deezer still has a lot of ground to cover before it can truly compete with many of its high-profile rivals, such as Xbox Music and Rdio.

Spotify is currently testing its own browser-based Web player in the UK, for instance, which has been a key differentiator for Deezer since it was launched in 2007.