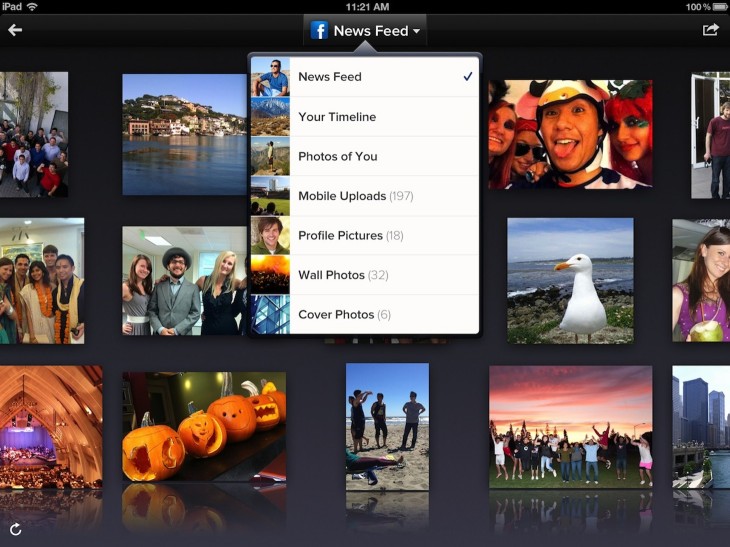 I’ve always had much love for Cooliris and its refreshing, fluid 3D interface for viewing and sharing photos, so I was happy to catch up with co-founder and CTO Austin Shoemaker and VP of Bizdev Sebastian Blum at the Mobile World Congress in Barcelona last week.

They had good reasons for attending the event: Cooliris has been offering a nifty free app for iPhone and iPad since July 2012, and it’s seen a great deal of activity from users thanks to 3 million total installs since then.

That said, the Silicon Valley startup, which is backed by over $28 million in funding from the likes of Kleiner Perkins Caufield & Byers, DAG Ventures, T-Venture and DOCOMO Capital, wasn’t at the Mobile World Congress to make any major announcements but rather to meet partners and press.

An Android version of the Cooliris iOS app is in the works, although it isn’t anywhere near launch yet, so don’t hold your breath.

The company did, however, share with TNW some recent – and rather respectable – usage statistics: in February, Cooliris had already announced that it crossed 1 billion connected photos in its iPhone, iPod touch and iPad apps, with 1,000 photos being viewed per minute in total.

Overall, more than 350 million photos have been ‘meaningfully engaged’ with using Cooliris’ iOS apps, which I gather means they were viewed, tapped and commented on by, or shared with, others.

What the first stat means is that Cooliris users linked up over 1 billion photos from a variety of supported sources that are integrated into the iOS app, including Facebook, Instagram and Google Drive.

It gets more interesting when you break that number down.

More than half of that 1 billion photos, 600 million to be more precise, were connected by iPad owners using Cooliris’ app, with 200 million photos viewed on the popular Apple tablet to date.

Cooliris says 550 photos are being viewed via its iPad app every minute, while 22 million of them have been ‘pinched’ so far.

One thing Shoemaker told me during our meeting that really stuck with me is that Cooliris basically wants to make its application become the default, top-of-mind replacement for Apple’s ‘Photos’ app for iPhone and iPad. The numbers seem to prove that the company actually has a shot (pun intended) at achieving this, especially on the iPad.

I’ve replaced the Photos app on my iPad 2 to see if it’s an adequate alternative, and was pleasantly surprised.

According to Cooliris, the top two sources for viewing photos are Camera Roll and Instagram, and the same applications came out at the top as the most popular sources for sharing photos from.

The top destination for sharing photos to is private conversations in Cooliris, which is the kind of basic feature that you’d almost forget mentioning, yet proves to be popular among its users.

Have you used Cooliris’ iPad app? Do you like it?

Read next: Twitter's API keys and secrets for its official apps surface; what should we do with them?