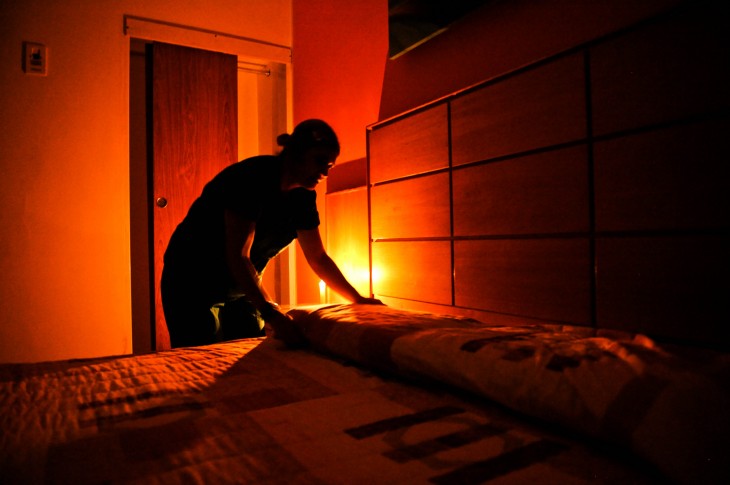 EXEC, the startup that helps find you local, part-time help with errands, tasks, and other jobs, launched a new iPhone app that branches off its house cleaning service. With the new app, it is also bringing its cleaning service to its third city: Seattle.

EXEC Cleaning isn’t a new service, but the standalone app is. Last October, the company debuted its dedicated service. 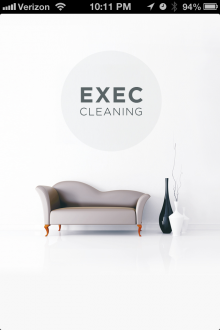 Started by brothers Justin and Daniel Kan, and Amir Ghazvinian, the company is to errands what Uber is to transportation. If Justin’s name sounds familiar, you’re right — he’s the man behind the livestreaming service Justin.tv and part of the team that created the video sharing service Socialcam, which was acquired by Autodesk. Now, after going through Y Combinator, his third venture has hit the ground running and is launching a stand-alone product.

The EXEC Cleaning app lets users request house cleaning professionals right from their mobile devices. Kan tells us that the idea to branch off its cleaning service came when they realized that around 50 percent of its business involved cleaning. But when a normal EXEC errand runner was hired to clean a home, they weren’t necessarily trained to be a cleaner, potentially resulting in a poor quality of service. As a result, the company developed an app specifically to help make it easy for users to have their homes and apartments cleaned using proper professionals.

Sure, users can still use EXEC to run errands, pick up groceries, and everything else — its Errands App can be downloaded still from the Apple App store. But it’s too generic for this category of work that’s often requested. 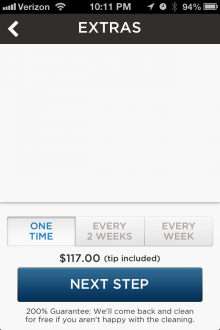 Once downloaded, users need only request a house cleaning team from their home with just a few taps of the screen. Booking and paying is handled seamlessly, very similar to what one would encounter when using Uber to request a car.

Two expert cleaners that the company has vetted through “rigorous cleaning exams” will arrive at the intended destination and take care of what’s needed. There’s the standard home cleaning like mopping, vacuuming, and washing of a bathroom, but users can also specify whether they have pets in the house or if the cleaning is needed because they are moving — these two items clearly take more effort than a standard project. 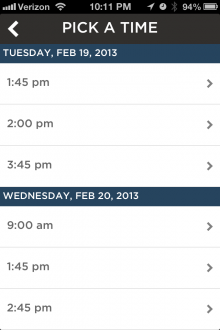 Users will also need to specify how many bathrooms and bedrooms exist in the home as it will help to determine the cleaning fee. The more rooms, the more that it will cost. Users can specify whether it is a one time affair or something that is needed every 1 or 2 weeks.

Scheduling is simple to do right from the app too as it will scan for availabilities in the coming days for cleaners to come out. Lastly, any additional instructions such as whether the user is going to be home or where keys will be hidden can be inputted before heading to the payment screen.

A percentage of the fees collected will go to EXEC for its service, but a majority will be passed along to the cleaning staff. Kan says that EXEC’s cut will vary depending on the scale of the job.

If you’re interested, the app even has a fun little feature that allows users to choose what sounds they hear when using the app. By default, it includes standard Apple sounds when buttons are tapped, screens swipe, and more, but the EXEC team recorded their own voices and in the Settings screen, the option to choose human sounds is available. Oh, the small things.

The company is also once again expanding, with Kan saying EXEC is now available in its third city, Seattle. It already exists in San Francisco and just moved into San Diego earlier this month.

In terms of growth, it appears the company is gaining some steam. In the San Francisco Bay Area alone, it has 10,000 customers and 300 service providers. Month over month, it says it has also seen growth, although no figures have been disclosed.

In March, it created company accounts so that startups can handle assignments that they wouldn’t want to do and give them the opportunity to have their own on-demand “personal assistant”. It also launched a charity initiative called #execfounders where people could “rent” time from top founders in Silicon Valley for $100 an hour — that money would go towards Donors Choose.

To date, the company has raised $3.3 million in funding from the CrunchFund and David Rusenko.