We told you about a new charity initiative from San Francisco based EXEC a few days ago, which allows you to “rent” time from some of the top founders in the valley for $100 an hour, with the money going directly to Donors Choose.

Initially, the founders involved were Alexis Ohanian, Steve Huffman, Matt Brezina, Tikhon Bernstam, and EXEC founder Justin Kan. I reached out to Kan to see how the program was going and it appears to be a massive success:

We’ve had such high demand (over 60 requests scheduled so far) that we’re now bringing on Michael Seibel, CEO of Socialcam as well.

Here’s a bit of info on Seibel if you’re interested in “renting” some of his time on Saturday for charity: 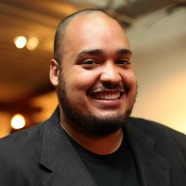 Michael enjoys helping early stage companies. He has a simple set of rules that he believes most early tech companies should follow, and is happy to share them with you.

EXEC only recently launched and is only servicing San Francisco at the moment, but has plans to expand. You can use the service to hire people to handle any number of tasks that you or your company need taken care of. So far, people have been hiring folks to put IKEA furniture together or run errands such as picking up groceries for employees.

The company hopes to fulfill as many requests for the founders’ time as possible, and posted this update on its blog:

Saturday, between 11am and 5pm PST, the founders are going to try to fulfill as many of the requests as possible. Because we’ve seen such large demand, we’ll be preferencing people who scheduled their requests earliest and trying to get through everyone we can. Unfortunately at the moment it is likely that we’ll run short on time and not everyone will get a chance to talk to someone. This is simply due to the large demand and the small number of founders fulfilling requests. Also, we can’t guarantee all requests will happen at the scheduled times: please be patient and we’ll try to make sure a founder gives you a call.

It should be an exciting day and I’m interested to see if EXEC will make this a regular occurrence. Right now, it’s not something that service offers, but could become an interesting feature for execs and consultants to fill up a pipeline of customers, and all from the comfort of a brilliantly designed iPhone app.

➤ Rent a Founder on EXEC