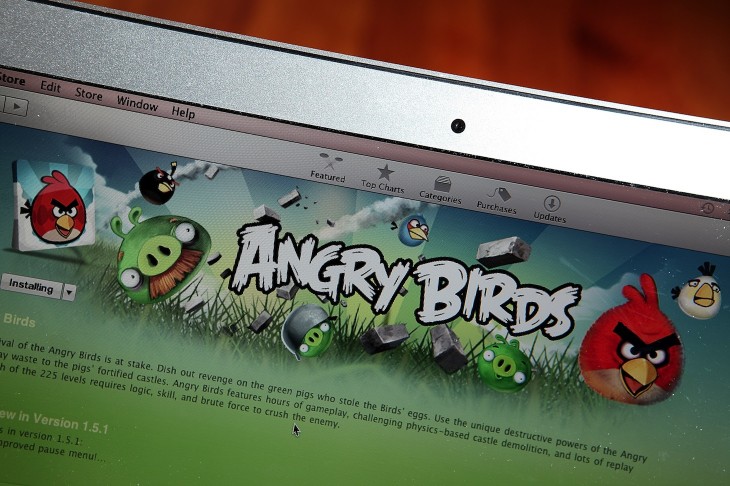 Rovio‘s successful Angry Birds franchise is not showing any signs of fatigue yet. The popular mobile game first hit app stores on December 11, 2009, and the Finnish entertainment company behind it is celebrating its third ‘birdday’ with a special update (to, aptly, version 3.0.0).

The Angry Birds – and Angry Birds HD – iOS and Android app updates bring a bunch of goodies, including a ‘new’ character in the form of Pink Bird (aka Stella), which was first introduced in the Angry Birds Seasons episode Back to School (for the connoisseurs out there).

In addition, the game got 30 new levels – 15 new “Birdday Party” levels and 15 new Bad Piggies-themed levels – and full iPhone 5 support to add to the experience for owners of Apple’s latest smartphone.

Rovio recently introduced a highly anticipated new version of the Angry Birds game, having collaborated with Lucasfilm to build a Star Wars-themed version (which also features Pink Bird as Princess Leia). It’s also recently released an entirely different game called Amazing Alex, which has proven to be far from as successful as Angry Birds so far.

March of the Angry Birds. How Rovio is teaching Finnish startups to think big

For more information, please see our Terms of Service.

Read next: Wink: A fresh take on photo-sharing that instantly sends your new pictures to the friends you're with