The ubiquity of Angry Birds in Finland cannot be overstated. The now familiar characters from the app that went wild appear to be everywhere in edible, wearable and even audible shapes.

Heading over to the Slush conference from London to Helsinki, I flew with Finnair. While we sat on the tarmac at London’s Heathrow airport, I had a glance through the in flight shopping magazine.

More traditionally, there were aprons and umbrellas with Moomins on them, the old-fashioned Finn-Swedish cartoon characters that I watched on analogue TV when I was small. Alongside this and taking up equal space was a couple of pages of Angry Birds merchandise. The characters are now far beyond transcending their origins in a mobile game. In fact, their status is now being compared to characters from Disney movies, and not the minor ones.

On arrival at the airport in Helsinki, once you’ve passed through the various glass corridors and customs, you are treated to a walk through area with shelves of Angry Birds. Everything from trinkets for bags to stuffed toys bigger than my head. It’s a pretty impressive display and I had little idea how far the characters had come in their country of origin.

To follow a company like Rovio in tech circles is one thing, but it’s also fair to ask if we are stuck in a bubble and distorting our perception of the growth of a brand. In this case, I’d say not at all.

At Slush, the Mighty Eagle himself, Peter Vesterbacka, Rovio’s CMO, opened the event with the gentlemen from Startup Sauna. It was clear that the company’s success is revered in the startup world here and with good reason. 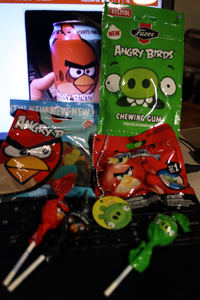 A very quick recce in the city and it was tricky to avoid the feathered friends. Sweets, stress toys, necklaces, trading cards, chewing gum, t-shirts and even loudspeakers turned up without really looking too hard. (and yes I do feel a bit sick after trying more than a few of them)

The company has partnered with huge brands around the world from Coca Cola in China for the Olympic team to Telepizza in Spain. In a session later in the first day of the conference, Vesterbacka pointed out that making these deals means that the company is pretty much prepared to work anywhere in the world from the US and China to their own back-yard here in Finland.

With high revenues and continuing expansion, Vesterbacka is essentially right in saying that it the company is snowballing, He said, “Angry birds is just a game but there are already thousands and thousands of people working on Angry Birds products in FInland alone, tens of thousands in China and the US. It’s a pretty massive economy on its own and it all started with a little game.”

I am sure that more than one young startup in the room was left quivering at the thought that they could be next.

Finland has a great relationship with gaming. Kristian Segerstrale, the former CEO of Playfish before it was sold to Electronic Arts for $300 million also spoke at the event today and then went on to chat with Ilkka Paananen CEO of Supercell, the company that has unleashed Hay Day and Clash of Clans on tablet and mobile gamers.

David Gardner, former CEO of Atari also gave a lightning talk from his standpoint now as an investor in games. It’s a serious business here and with examples like Rovio currently killing it, you can certainly see why.

Rovio is challenging companies far outside of the casual gaming world now. Through the sales of its varieties of Angry Birds soda, it must be making other soft drinks companies sit up and listen. 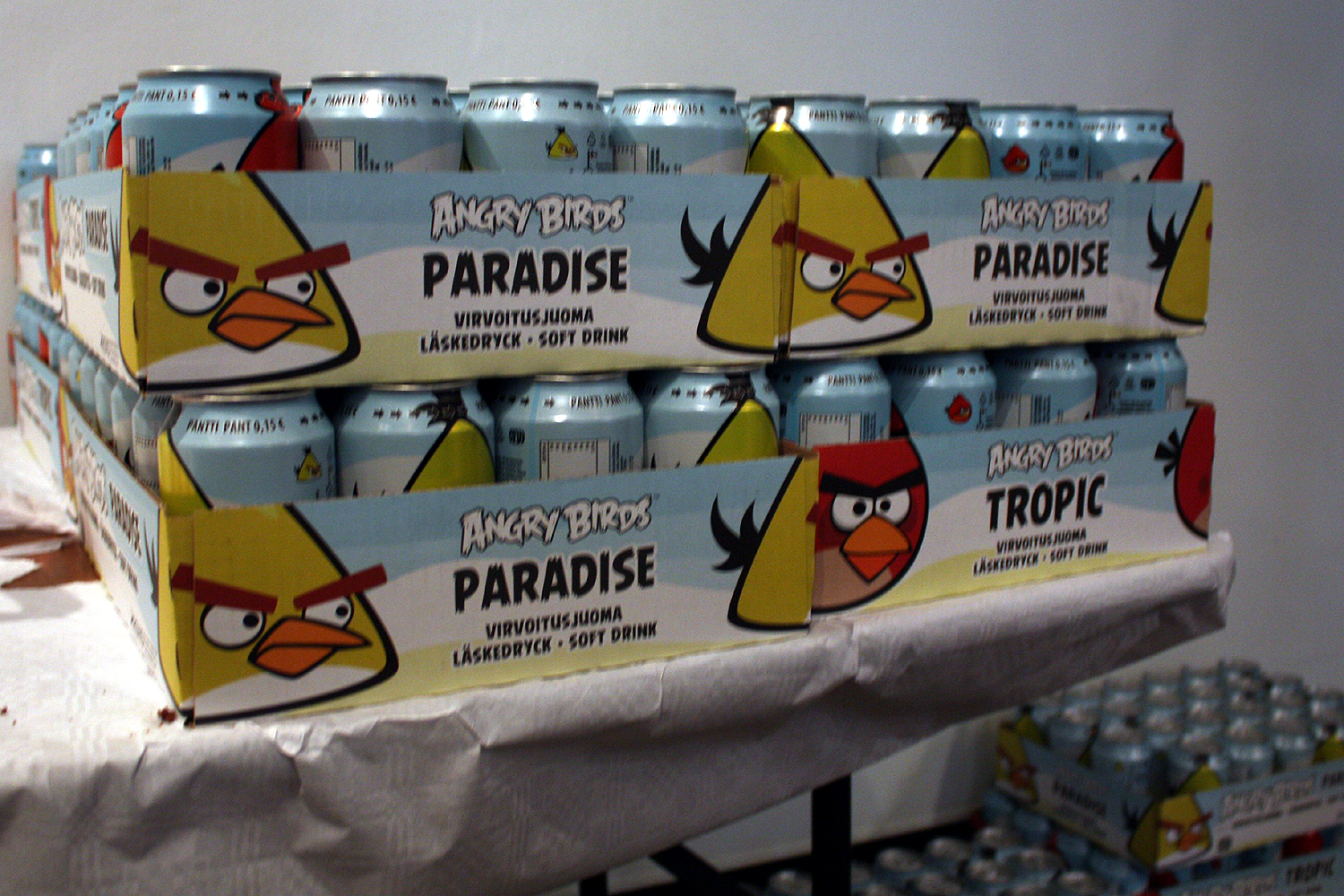 The cartoons and forthcoming movie challenge traditional animation houses and the activity parks are starting to disrupt yet another area of business. The brand has become more closely linked to films and traditional entertainment by mixing the two in partnership with Lucas Arts to create Angry Birds Star Wars. It sounds a lot like the story of a cartoon mouse, but fantastically digitally accelerated. What would Walt Disney have managed if he started out today?

According to Vesterbacka, the Angry Birds theme parks are a very different model to Disney, but it sounds no less ambitious.

At Slush he commented, “It’s all about doing different kinds of experience. We don’t have five billion that we can put into China and build a park. It’s a different model. Our ambition in China is bigger. Disneyland is due to open in 2016 and their target is 7 million visitors in a year. There’s 1.4 billion people in China so that will take 200 years for everyone to visit. We don’t have 200 years. We want 7 million people to visit our parks every day.”

The theme parks are also planned for the UK, the sites appear to be more about swings and roundabouts than roller coasters and rides, but as with the toys and sweets, it could the be ubiquity that unseats the fun park market leaders.

Rovio marked a billion cumulative downloads earlier this year. It goes to show what getting into the pocket of every other mobile device can do when it comes to furthering brand recognition. When I won a little angry red bird at SXSW in 2009, I felt pretty special, there were relatively few soft toys for the game at that time. Now though, I’d be hard pressed to avoid them in their native country.

One thing we can draw from this lesson is that Finnish digital companies do know how to go big. The Angry Birds have already been in space, are there many places left to explore?