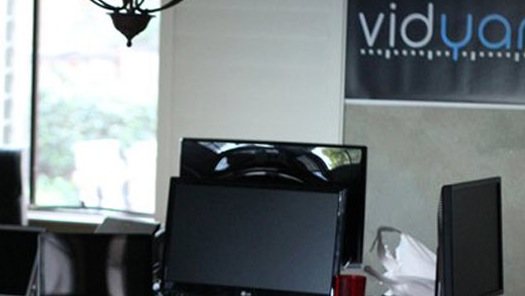 It’s hard to believe that it’s been almost a year since I was first introduced to Vidyard. The service, which provides professional-level video hosting, made a quick name for itself by pulling in videos from YouTube, making them look better and have more functionality, then providing killer stats along with them. It has added a few features along the way, but today we see the release of a bevy of new tools.

Essentially you have to understand the tight partnership between Google and YouTube. Video results tend to rank highly within Google search results, and more often than not those videos are housed on YouTube. Whether that’s preferential treatment or just a symptom of YouTube’s size is up for debate, but anyone doing video is best served by making sure that they have a YouTube presence.

With the syndication option, anything that you upload to Vidyard can also be pushed directly to YouTube, complete with the descriptions, tags and all else. What’s more is that you can schedule the syndication, so many companies are already using Vidyard as a management service, of sorts, for their YouTube channels. Oh, and those YouTube analytics? You can view those right inside of Vidyard as well.

As for the rest of the new features? Access codes will make sure that only the people you want to see the video will be able to. Video tagging allows for easy sorting and a Chrome Web Store app lets you easily launch your Vidyard dashboard. But what’s probably most important to me, however, is what you can see in the Vidyard analytics.

You’d expect to see views, and you can. But you’ll also get a detailed readout of everywhere that your video’s been embedded. You’ll see, in real-time, who’s watching your video and from where. As an interesting aside, when we shared the video of the Tupac Shakur hologram, the West-coast famous rapper got considerably more views from the East coast.

This is just one example of the analytics drilldown that you can do with Vidyard. Not just countries, not just areas, but actual cities. For us, when trying to judge what content is popular in which area, it’s positively invaluable.

Of course there’s a white-label version of the platform as well, so if you want to turnkey a service for managing video and analytics for your customers, Vidyard is there to help. At this point, I’m not sure that there’s any other video hosting service that can compare, especially when you consider Vidyard’s exceptionally reasonable pricing. Want to just give it a trial run? $5 will get you a single video, with every feature, for 1 month. Beyond that there are pricing levels for just about every size company so there’s really no reason to not give Vidyard a try.