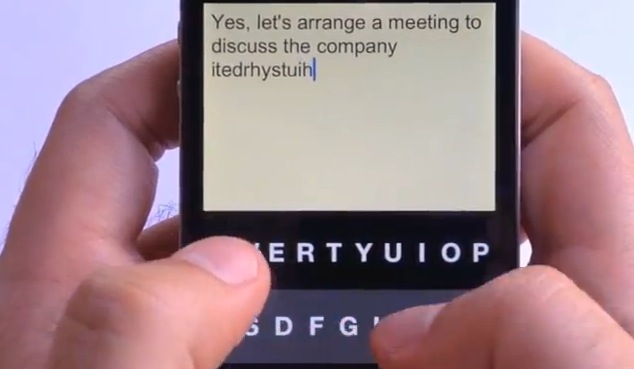 Chalk this one up to good old innovation. I got a message a bit ago about a project from Syntellia which is focusing on making the iPhone more accessible to visually impaired users. By giving them a touch keyboard with prediction so accurate that it will work even if you don’t get any of the letters right as you’re typing, Fleksy could very well open a new world for users who didn’t think they could use a smartphone.

Stefanos Kofopoulos (developer of the killer Analytiks App), introduced me to Fleksy. It’s a patent-pending piece of software that works with Apple’s built-in voice over system. It’s a stand-alone tool right now, which will let you send an email or an SMS, or simply copy the text that you type, to be used inside of another app. Though I’m told that the team is hoping to eventually have it integrated by Apple at the OS level.

It’s not live just yet, but the demo video below is the actual application, which has been submitted to Apple for approval. For now, if you want to follow along with its progress you can get all of the pertinent information on the Fleksy website.

As the entire world of mobile phones moves more toward touchscreens, Fleksy is solving a problem that will only get more pervasive as time moves on.

Read next: comScore: Facebook's uniques in the United States are slipping