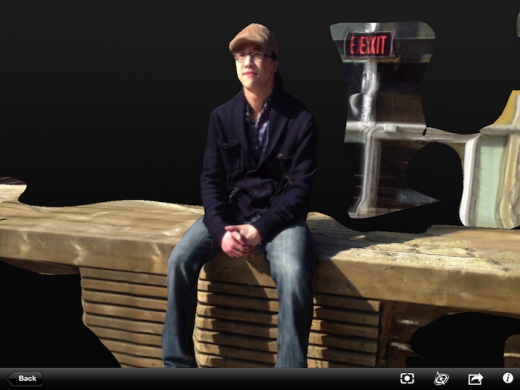 Autodesk has just released 123D Catch for the iPad, which allows anyone to automatically turn panoramic style photos into 3D models. The app allows users to take up to 40 photos of a specific object, which are then uploaded to Autodesk Cloud for processing. From there, the 3D model can be rotated on the tablet, shared, or even printed by a 3D printer like MakerBot.

Along with 1234D Catch, Autodesk has also quietly released 123D Make Intro, which lets users turn 3D models into 2D build plans with animated assembly instructions. 1234D Make Intro isn’t very full-featured, but is still an interesting app for fans of this space. For more on the entire 123D series, check out TNW’s first look from Autodesk’s preview event back in March.

These two releases are part of Autodesk’s greater plan to make the complex world of 3D software accessible to everyone. From Samir Hanna, vice president of Consumer Products at Autodesk:

The Autodesk family of 123D products breaks down barriers between the physical and digital, empowering users to customize the world around them. The launch of 123D Catch for iPad allows anyone to capture, explore, experiment and experience the 3D design and personal fabrication process.

Part of the 123D family of products, 123D Catch users can take advantage of a connected group of Autodesk software, fabrication services for 3D printing and laser cutting, and a community of like-minded individuals focused on 3D design and personal fabrication. The Autodesk 123D family provides users with the ability to capture, design and make their ideas, and connect with others for support or inspiration. Anyone can try Autodesk apps, services, and communities to experiment and experience the creative process.

The world’s at an amazing crossroads right now, where someday soon you will be able to print out anything you need, exactly when you need it. Say you have extra guests and need more utensils for dinner, you can print those. What about a new case for your iPhone? You can print that too. It’s that simple, and Autodesk’s software is at the center of all this excitement.

Read next: Orange brings its social TV app TVcheck to second screens across the UK