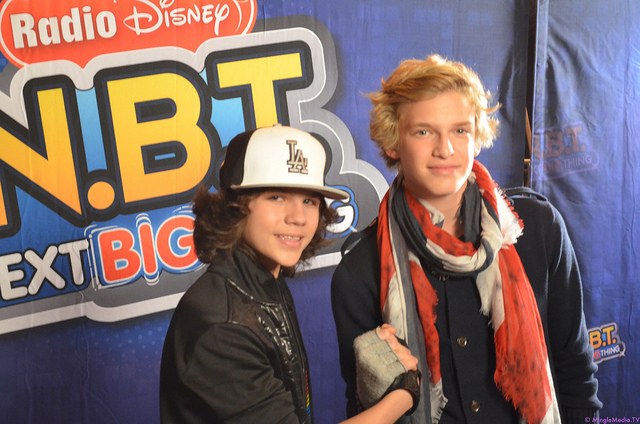 Photo apps are the hottest thing out there right now. Ever since Instagram was purchased by Facebook, people have been wondering if it the door is now closed for other players in the space to emerge. Similarly, video apps are also getting attention as the next space that’s ripe for big things, with Viddy in the driver’s seat.

One up-and-coming app does both photo and video and is seeing some impressive growth that is about to explode thanks to Facebook’s Open Graph and Timeline integration. That app is Israel-based Mobli, which has been available for about seven months.

When I met with the company, it told me that it just hit 2 million monthly active users, and has just launched its new Facebook features, so that number should go through the roof as we’ve seen with other apps that have done the same.

The company has some interesting investors and advisors, including Leonardo DiCaprio, Tobey Maguire, and Lance Armstrong. Mobli has raised 4M to date, and is set to expand its functionality for its iOS, Android, and BlackBerry app that lets you share and discover photos and videos based on topics that interest you.

Set to take on both video and photo apps

The thing that stands out to me about Mobli the most is that it is already on iOS, Android, BlackBerry mobile platforms with a plan to expand to Windows Phone soon. In addition, it has a really nice web version that’s fully functional. I truly believe that even mobile app networks need a Web destination, something that I always thought would have gotten Instagram even more traction.

The app itself is set up to let you follow people and discover content based on subject channels such as sports, pets, or music. This is a bit different from other apps too, which are entirely relying upon the fact that you’re following your friends or are interested in the most popular content. You can definitely lose yourself in Mobli for a few hours.

When you’re shooting a video or photo, you’ll be thrown into a feature called the “darkroom” which is Mobli’s editing suite. Much like you can alter photos with other popular apps, Mobli lets you do the same. The secret sauce the company tells me is that all of their filters are server-side, meaning they can add new filters on the fly without having to update any of its apps, which is brilliant.

You can also import photos from Facebook and Instagram and share it on the network as well. Adding those photos into channels is great way to repurpose content that you’ve already taken and shared on other networks.

By “watching” both channels as well as people on the Mobli network, you can pretty much guarantee that you’ll never run out of things to check out. I personally enjoy spending extra cycles looking at my Instagram feed, waiting for someone to post something.

While sometimes it’s ridiculous to call something “the next big thing” for the sake of doing so, Mobli has the functionality, features, backing, and user growth that will only make great things happen for the company. The people that use the service absolutely love it and enjoy sharing photos on Facebook and Twitter using it. That’s the magic that a lot of popular apps have seen, and I bet that even Instagram would attribute most of its success to its community.

If you’re looking to place bets on what the next popular video or photo app may be, it might be all wrapped up into one with Mobli.

Read next: The result of haste: Six CISPA cosponsors didn't vote for the bill