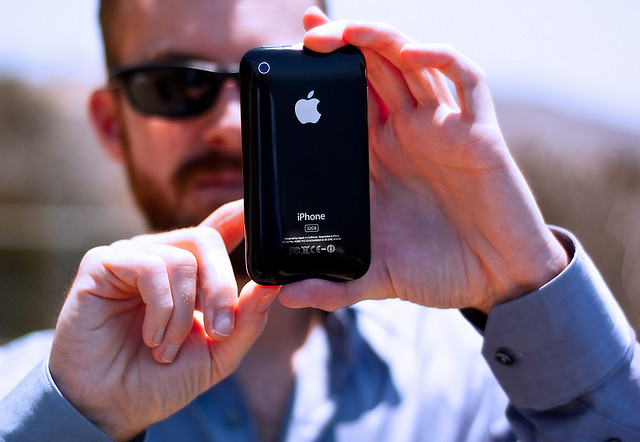 Last year I wrote a post called “Calling all startups! What are we going to do with all of these photos?” and it seems like the market has responded with new photo apps launching daily, along with huge acquisition deals being made for them.

Even though Instagram is “off the market”, there are still a bazillion things we can do with photos, and I love apps that focus on one little nuance and do it well. I found an iOS app today called Jittergram that isn’t a social network, probably won’t get purchased for a billion dollars, but does something new and fun with photos that caught my attention.

What Jittergram does is let you take two photos, back-to-back, and then presses them into an animated GIFT that acts like a 3D stereogram. Not sure what that means? Have a look at the photo below:

While this practice is nothing new, I do enjoy how the app does all of the work for me and allows me to share it easily on Twitter. This type of photography brings the scenery around you to life in a way that a single still photo and filter can’t.

Staring at photos like this for too long you might become a bit motion-sick, but I enjoy the fact that Jittergram is stepping out and trying something new. If filters can catch on, why not something as simple as this?

However, the app could have had a bit more love put into it with some social networking features of its own. I still think that Instagram nailed the idea of building a community around photographers, which has been copied over and over again, but without a community, it’ll be impossible to see all of the cool pictures that people take with Jittergram.

If this takes off as a “thing”, hopefully the team will put a bit more effort into it. Until then, tweeting your photos or emailing them to a friend is good enough.

Read next: Intel's Windows 8 tablet specs look boss, but can the price be right?