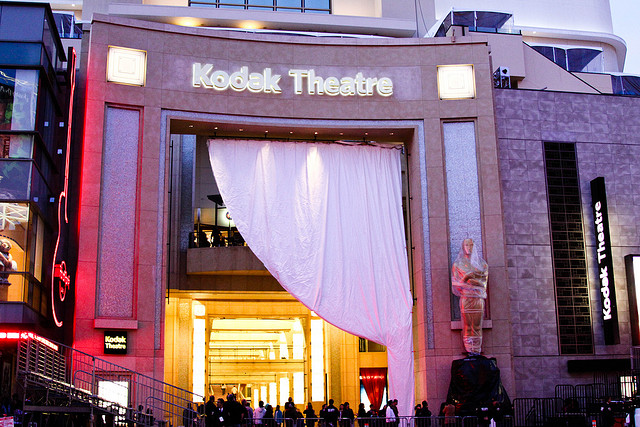 Timed for the Academy Awards broadcast this Sunday, the additional options are now available as part of the latest update of Umami’s free iPad app.

Launched in November, Umami uses audio fingerprinting to recognize what viewers are watching in real time. It then uses this data to offer relevant second-screen content, from social conversation to useful information.

While other companies such as Miso and GetGlue offer a fairly similar service, Umami’s app is both quite exhaustive and well-designed – and the features it launched today could contribute to differentiate it further from its competitors, who have opted for different strategies.

Umami is indeed introducing a new functionality called FreezeFrame, which give users the option to grab images from the shows they are watching and share them via Twitter and Facebook. Here’s how FreezeFrame looks like:

If you wonder who may be interested in this feature, the company points out that it could please fashionistas interested in snapping the best and worst dressed on the red carpet this year.

More generally, this update is aimed at “making the conversation around TV more visual,” the company’s CEO Scott Rosenberg explains. “TV is the ultimate lean-back, visual medium, and we’ve always felt social TV should mirror these characteristics,” he says.

With Freezeframe, Umami is also surfing on a bigger trend, as the exponential success of Pinterest comes as a sign that users enjoy collecting things they like in a visual manner. Applied to TV, this could range from sharing actors’ pictures to recipes and other personal favorites.

While FreezeFrame caters to eye-candy aficionados, Umami is also launching a feature that will interest data geeks. Called Dishboard, it is a dashboard that lets people monitor conversation data around a show in real-time thanks to infographics:

With so much data to look at on our tablets, we could almost do away with our TVs, couldn’t we?

Read next: This week at Microsoft: Office, Windows Phone, and SkyDrive