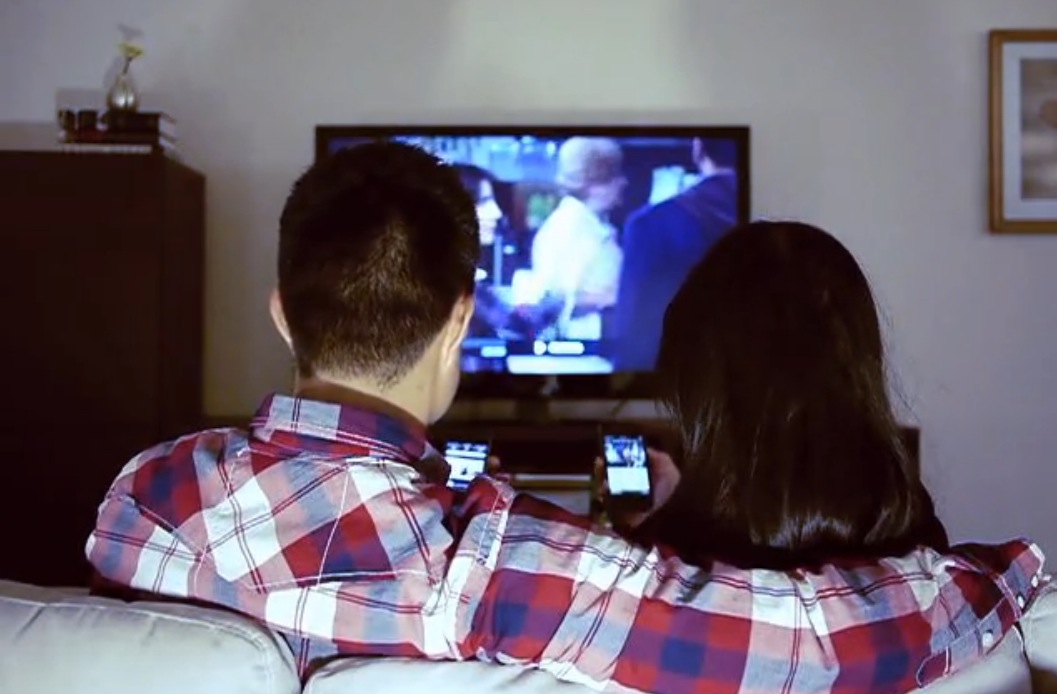 The social TV platform Miso has recently launched SideShows, a new concept which lets anyone create a second screen app within Miso. From the user’s point of view, a SideShow is an interactive content experience they can play on their phone while watching TV. So why did Miso open its app to external contributors? We decided to ask this question to Miso’s CEO, Somrat Niyogi.

Although Niyogi only founded the company last year, Miso has considerably evolved in its short existence. As we reported in September, it moved from being a check-in app to morphing into a social TV platform. According to its CEO, Miso now has over a quarter million users, who engaged around 8 million events.

Engagement is a key element of Miso’s identity. The startup was born from Niyogi’s feeling that there had to be a better way to watch TV. Since people were already starting to use their mobile devices in the living room, he thought it was the best gateway for Miso, which is currently available on iOS and Android (although its iPhone app is more advanced).

According to Niyogi, during its early days, the company learned two things that made it create SideShows:

“What we’ve learned is that one-size-fits-all doesn’t work here. Every show and genre is different. If you are watching a comedy, you may want to find its best quotes; if it’s ‘Gossip Girl’, you are probably more interested in knowing where to buy the clothes the cast is wearing.

TV is an art form, in which every single decision is well-thought through. What makes it so great is that people are at the center of its creativity. We believe social TV should be the same, and we thought these experiences would best be crowdsourced, rather than produced by us, a tech company,” Somrat Niyogi said.

This is the vision which presided to the creation of SideShows, which any person can put together via Miso’s open publishing platform; so far, 300 SideShows have been created. Miso calls these people “hosts” and expects most of them to be motivated by their passion for a specific show.

What these “super-fans” can create is a SideShow which lets other Miso users get access to all kinds of second-screen info while watching TV, from trivia and quotes to a soundtrack list – all of it synchronized with the show, regardless of whether it’s live or recorded (click here to see the intro video). Here are a few screenshots from Miso:

Miso, partnering with the TV industry

Fan users aren’t the only ones who can offer SideShows; so can broadcasters, a type of partnership Miso is actively seeking. At the moment, the startup has managed to get Showtime, FOX, Food Network, DIRECTV’s Audience Network, Halogen, Science Channel, and CBS Television Distribution on board – which means you can already find SideShows they created around programs such as ‘Dexter,’ ‘Bones,’ ‘Damages,’  and “The Next Iron Chef.’

If you’re a DIRECTV and AT&T U-verse subscriber, Miso will also be able to directly find what’s playing on your TV, thanks to a partnership; according to Niyogi, set-top boxes are the best way to synchronize a mobile device with TV content, especially when it’s taped.

According to Niyogi, creating a SideShow is an interesting option for a TV channel, as it doesn’t have to develop, and get people to download, a single app for each show.

From the viewer’s point of view, a SideShow is a lean-back way to engage with content; instead of opening Shazam to search for a song, Miso Sideshows’ can bring you this information on your phone in a more passive way, Niyogi adds.

Creating a new class of producers?

But what’s in it for independent ‘hosts’, you may wonder? Well, besides sharing their passion, they can also get a status boost – including “free Miso and Network schwag” and “early access to new features on Miso,” the startup promises.

However, it is not only about ego; hosts can also make money through an affiliate program – if people buy a book, a song or clothing related to a show, they will get a fraction of these revenues.

Affiliation is a monetization source Miso itself plans to explore, besides brand advertising. According to Niyogi, as a portion of the viewer’s attention is moving from the TV to a second screen, advertisers will naturally want to follow; not to mention the new possibilities an app offers. Instead of saying “follow us on Facebook” in a TV commercial, brands can do this much more efficiently on our phones, Niyogi details.

Miso’s CEO thinks that his startup’s choice to open its platform means it could give birth to what he describes as “a new batch of content producers” – fans, bloggers, networks themselves – which can imagine experiences we will enjoy on our phones while watching TV. Niyogi is convinced this is the future – and it may happen sooner that you may think; in three years, everyone will use a second screen, and SideShows wants to be a part of this.