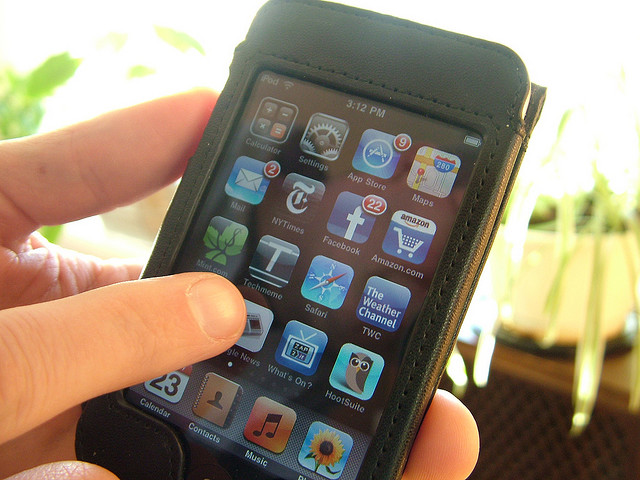 One of the difficult things about finding apps for iOS devices is navigating your way through the app store. It’s not a social experience at all. In fact, Fred Wilson wrote about occupying the App store recently.

Apple provides you with useful lists to get started with, such as “new”, “hot”, and top free and paid apps respectively. After those lists though, you’re pretty much on your own to find apps you might like.

Today, app developers Imaginary Feet have launched Crosswa.lk, an app discovery network that relies on people to share what apps they’ve downloaded as a springboard to finding worthy apps.

When you sign up for Crosswa.lk, you’re prompted to connect your account with your Apple ID. This is a strange experience at first, because there aren’t many sites that ask for this. The only time I enter in these credentials is when I’m dealing with Apple itself. When I talked to the Imaginary Feet team, they assured me that the data is read-only and that they take security very seriously.

The home page shows the top installed apps from people who have signed up for the service. You can switch between what’s hot, and most downloaded.

You’re shown the number of times the app has been downloaded, and you can click the app to read more about it, as Crosswa.lk uses Apple’s API to pull in screenshots and descriptions.

From the app page itself, you can “Like” an app, which will record that data for the rest of the community to see. You can also comment on the app and share your thoughts about it. The actual Apple app store review section is a bit of a mess, and doesn’t provide profiles for users who leave reviews and comments. Crosswa.lk does a really great job turning the app store experience into a social one.

Once you sync your account, all of your apps are displayed on your public profile. The page is really gorgeous, and looks like an iPhone emulator. You can swipe through pages to discover other people’s apps. It doesn’t show which ones you have installed at the moment, rather showing everything you’ve ever downloaded.

Perhaps Apple will open up a part of its iCloud API to share the state of applications you have installed at the moment, as that would be another great way of showing people who apps you really use the most.

With all of this data, it’s a shame that Apple couldn’t have created a service like this on its own. Luckily, it has provided the data and API for developers like Imaginary Feet to create on top of the app store. It will be interesting to see how many people join and share the apps that they’ve downloaded, and if it can help developers get more visibility for their projects.

Imaginary Feet has given The Next Web 250 invites for our readers. Give it a try, and add me as a friend. Even though the iPhone won’t be my main phone, I’ll still be using it for apps.