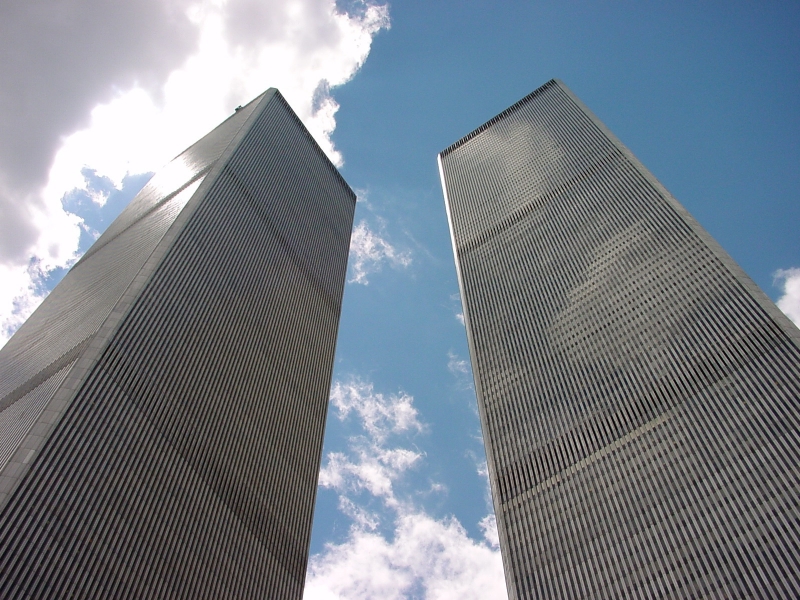 On September 11, 2001, New York City’s skyline changed forever. Using today’s augmented reality technology, Brian August wants to build an augmented reality app for the iPhone that will allow users to document their stories of the Twin Towers of the World Trade Center in NYC. The app is called 110 Stories and he’s currently raising funds on Kickstarter.

“After the events in 2001… I started to think about all of the iconic views I had of the towers and all of those views being lost. It occurred to me that there will be a whole generation of people growing up…who would have no conception whatsoever of how big the towers were, how beautiful they were and how iconic they were and how many different vantage points there were so you could see them.”

August, who is the VP of Business Development at Watchitoo, assembled a talented team to build the 110 Stories Augmented Reality iPhone App and plans to launch it as a free app by the beginning of September. Prior to this venture, August created Webster Hall Digital and developed Event Horizons, a gathering that explored how video, social tools and mobile technologies are integrated into live events.

The app will let you “Orient. Augment. Comment.” Simply activate the app on your iPhone and you’ll be guided towards the World Trade Center. Once properly oriented, augmented reality kicks in and renders their silhouette — in a pencil-like outline during the day and in shimmering light at night. Snap a picture, fine tune the image, add a personal story, and submit it to www.110stories.com.

From his Kickstarter page:

Once on the website, you’ll see a 50 mile, doppler radar-like radius map of New York City, with lower Manhattan in the center. Each photo submission appears as a pin on the map. Scroll over any pin, click, and read that story. Comment and share, via Twitter and Facebook. Users beyond visual range of the Towers can still enjoy 110 Stories by seeing the images of those who are within.

For those of us who are lifelong New Yorkers, its easy to tick off iconic views of the Twin Towers — emerging disoriented from the West 4th Street subway station, finding the towers, and using them as a compass. On a Fire Island roof deck, 45 miles away, seeing two tiny toothpicks on the horizon, backlit by the setting sun. On I-95, heading home from New Jersey, seeing the Towers looming over the Palisades. Stuck in traffic on the helix approaching the Lincoln Tunnel, marveling at the downtown skyline. The list goes on. These lost views conjure vivid memories in much the same way as hearing a favorite song from the past. “Seeing” the towers come to life through your iPhone will transport you back in time. 110 Stories lets each of us show and tell our personal stories and share them with the world. Simply tell your story, contextualized around a view of the Twin Towers, magnified by the power of crowd-sourcing.

The interactive augmented reality iphone app is merely the beginning of 110 Stories. It will hopefully continue with Phase 2 — a series of physical art installations. At 110 locations around the NY metropolitan area, there will be identical benches, in locations from which you could once see the Towers. The purpose of each installation is simple – create a structure that, when viewed from the bench, visually places the outline of the Towers, where they once stood, in the right apparent size. Its the real-world cousin of the app, and equally compelling.

Watch the video from his Kickstarter Project here: