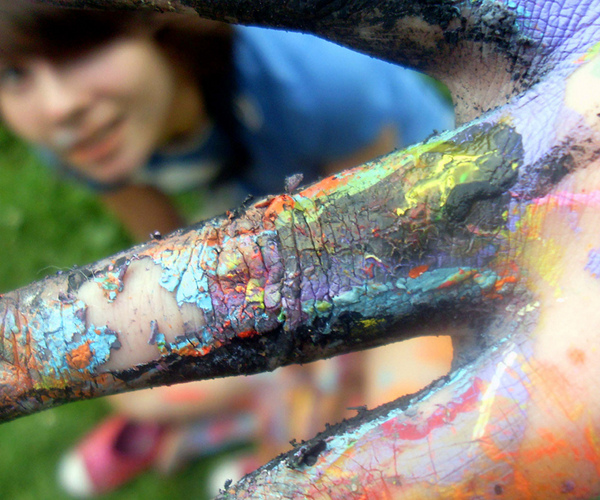 2010 has seen some really inspiring creative apps become available and here’s our round-up of some of the best. We’re not including expensive pro software here, just mobile and web apps that are either free or available for pocket money. Have your tried all of these? iOS: While there was nothing new about adding cool filters to mobile photos in 2010, Instagram and the similar PicPlz did something a little different with the idea by attaching a social network to the concept.

Being able to view, ‘like’ and comment on other users’ photos in a newsfeed format has turned often throwaway mobile photos into a cult obsession for some, especially on Instagram. Matching a great photo with the perfect filter is a fine art. The ‘Popular’ board on Instagram is full of examples of that delicate balance and trying to match their efforts is truly a joy.

We said: “So why is Instagram so popular? I suspect its a combination of the app’s ease of use, simple design, and artsy filters that make crappy iPhone photos look beautiful, mysterious and engaging.”

Browser: The idea that a browser could run a Web design application packed with pro-level features would have sounded insane but this year Buildor achieved it with its Buildor Pro app.

Currently in private beta, you’ll need an invite to try this or you can sign up for the waiting list from the website. For Web coders, the app allows you to start a new project from scratch or (most impressively) edit live sites just by pulling up the URL. You’ll need the FTP details for the site if you want to save the results though. For designers meanwhile, Buildor Pro is being pitched as a powerful way of creating HTML mock-ups with full interaction design and font rendering. All of that in a browser – impressive.

We said: “While it remains to be seen whether pro developers will take to browser-based development en masse, there’s a real chance of Buildor disrupting the market if it gains traction.”

iOS and Android: Instant mobile podcasting apps like Audioboo and Cinch are a useful and fun way of recording interviews, speeches or random thoughts and sharing them online from wherever you are. Soundcloud took things a step further with the launch of its iPhone and Android apps this year.

Not only can you instantly record audio and share it to your social networks immediately, by uploading to Soundcloud you get the benefit of the service’s platform. This means that your mobile audio can instantly be used with the wide range of apps that are built to use the Soundcloud API, which opens up a world of possibilities. This is especially useful for musicians, as the service has primarily been music-focused to date. However, with mobile recording, there’s real potential for it to be adopted by a wider range of users.

We said: “SoundCloud has developed into what is now a highly flexible way of working online with any type of audio.” iOS: As great as the iPhone 4’s camera is, Camera+ does an excellent job of making it even better. Taking good-looking photos is made easier with the app’s stabilizer, timer and burst features and a fantastic array of image editing and effects tools are built right in.

While it may have been unavailable for much of its life (thanks to an Apple-displeasing ‘Easter egg’ feature that allowed you to use the phone’s volume rocker as a zoom control) that only added to the allure of this app which has been reaping healthy financial rewards for its creators since it returned to the App Store earlier this month.

We said: “The favorite camera app of many is back in the app store and ready to rock your photography world again.” iOS: Finger-drawing app Whiteboard became a universal iOS app this year, opening it up to use on the iPad and making collaborative drawing even more fun.

Yes, Whiteboard’s greatest appeal is drawing with friends, either via WiFi or by working together on the same screen – something that’s much easier on the large iPad screen. While you’re never going to paint a masterpiece of contemporary art with this app, it’s possible to lose yourself for hours while you scribble away creating cartoon characters or “improving” photos of friends by adding comedy moustaches and the like. iOS: Plenty of musical instrument apps have been released for the iPad this year, but one that really caught our eye early on was Air Harp. Offering ample on-screen space for the harp’s fifteen strings, for the first time on a mobile device this really felt like a real instrument.

With its slightly melancholy sound, its can feel a little like a lone minstrel on a hillside at sunset while playing Air Harp. Unlike novelty instrument apps, Air Harp feels like something that you can take the time to learn properly before serenading a loved one with your musical skills. Easy-to-read sheet music makes it simple to play well-known tunes even if you’re far from being a virtuoso. iOS: Squeezing an entire music production studio into an iPhone app is a huge achievement, and that’s exactly what Blip Interactive has done with Nanostudio.

Unlike many of the apps on the list, it assumes a certain amount of prior knowledge of how music production works if you want to dive right into it. However, even if you’re a rookie you can get a lot out of this app – you’ll be creating fantastic sounding electronic music in no time.

We said: “The level of control on this app is amazing, every imaginable parameter can be easily edited and controlled – you can even easily move sound files from your PC or Mac via a wireless connection.” iOS and Android: While a mobile photo editor isn’t going to rival a full desktop experience any time soon, Photoshop Express does a brilliant job of covering the basics of tweaking photos on the go, and for free.

Multitouch gestures let you rotate, crop, straighten or flip images and there are controls for adjusting the tint, saturation, contrast among its useful tools. As with many mobile apps on this list, the iPad version offers more space for controlling your edits while on iPhone and Android handsets it’s simply more convenient as that’s where most of the photos you’ll need it for will be created. Browser: If it looks like there are a lot of audio-related apps, it’s because there’s simply been so much happening in the space this year. Soundation is a cloud-based multitrack recording app and what really makes it stand out is that it offers audio recording right from the browser.

Yes, in addition to importing audio and using the many thousands of loops available within the app, you can plug a microphone right into your computer and sing, play or speak whatever audio you like – another leap forward in what’s possible in the humble Web browser. Browser: There are plenty of browser-based image editing tools out there and SumoPaint is up there with the best of them.

Regularly updated with new features, this app is pure pleasure to use and you’ll have to keep reminding yourself that you’re not running a separate app. Layers, blending modes, drop shadows and a wide range of brushes are among the features you might not be used to seeing in browser-based image editors. While professional Photoshop users won’t be ready to switch to the cloud just yet, most beginner and intermediate users will find everything they need here.