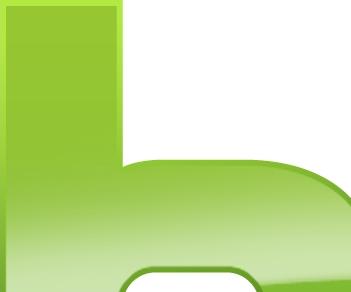 Hulu, everyone’s favorite site to watch popular American television on, is rolling out a laundry list of upgrades today that will greatly improve the usability of the website.

The video player itself has been enlarged some 25%. This allows for 480p streaming to be played without being rescaled. The player will now also be “chromeless,” meaning that it will be free of buttons and the like for a sleek new look.

The changes don’t stop there, Hulu is also now allowing for variable bitrate adaptation. Iif your internet connection bottles up for a few minutes, Hulu will downgrade your stream while your connection is clogged, and will raise it again once the fiber clears. You can disable this if you would like to, Hulu is not forcing you to let them pick your streaming quality level.

In a move that will help everyone who has sensitive ears, Hulu has improved its volume normalization. No longer will a commercial play and blow you out of the water with a high decibel assault. Hulu is actually going to run a program to scan the last bit of video before a commercial to test its volume level, allowing them to match the commercial to that level. They are taking impressive care of their users.

If you are person who enjoys closed captions (or needs them), Hulu will now provide you with three options: white text, yellow text, and white text encased in a black box. Pick the one that suits the video you are watching.

Also, in the player if you mouse over the timeline Hulu will show you a screenshot of that moment in the film to let you jump back forth more intelligently. Of course, if you jump over an ad you get to watch it.

On the topic of advertisement, Hulu will now ask you if an ad was relevant to you. This replaces the old thumbs up and down that Hulu had before. The idea is to find advertisements that best fit the Hulu community, thus boosting resonance (ha) for both advertisers and users.

Occasionally, during a video Hulu will offer to let you take a short survey. If you do so and answer a more than one question Hulu will give you some ad-free viewing time. The carrot, and not the stick does a user’s smile make.

And finally on the homepage of Hulu will now display your queue of videos that you want to watch and will recommend videos that might be a good match for you based on your history.

There are even more goodies that Hulu will be adding in, small tweaks to the UI that you will note over the next few days. Hulu is stepping up its game and showing everyone that it is a serious business. Well done.

Read next: F**king hungry? What the f**k should you eat?