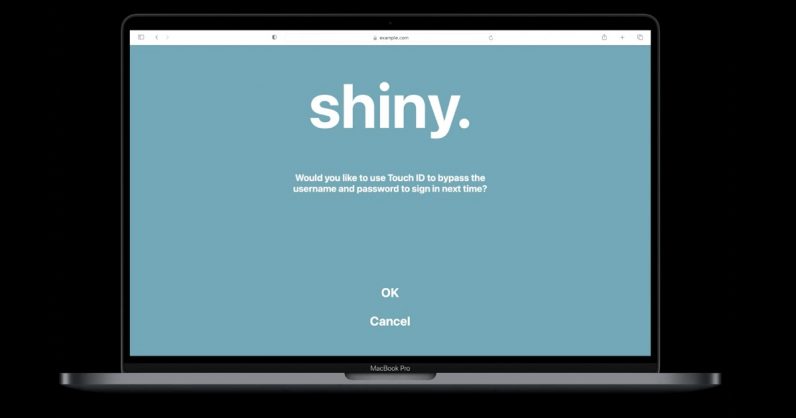 What does it mean for you? You can sign into websites on Safari using your iPhone‘s Face ID or Touch ID. Additionally, you can use hardware security keys that support FIDO standards for authentication as well. One example is Yubikey, which offers dual-connector authenticator with lightning and USB-C support.

Apple already allows you to sign into apps using Face ID and Touch ID though keychain. Now, it’s also extending this support for websites in Safari 14, which will be available with iOS 14 and macOS 11.0 later this year. The company started testing support USB-based keys in Safari in 2018. However, the full support for hardware keys will roll out later this year.

Web authentication standard used with iPhones provides multi-factor authentication. First, with the secure enclave of your iPhone, and second, with Touch ID or Face ID biometrics. This way, authentication’s scope is limited is just to the website, and chances of a Phishing attack are low.

You can learn about Apple’s web authentication standard support here.

Read next: Satoshi Nakaboto: ‘Venezuelans abroad can now pay for their passport with Bitcoin’