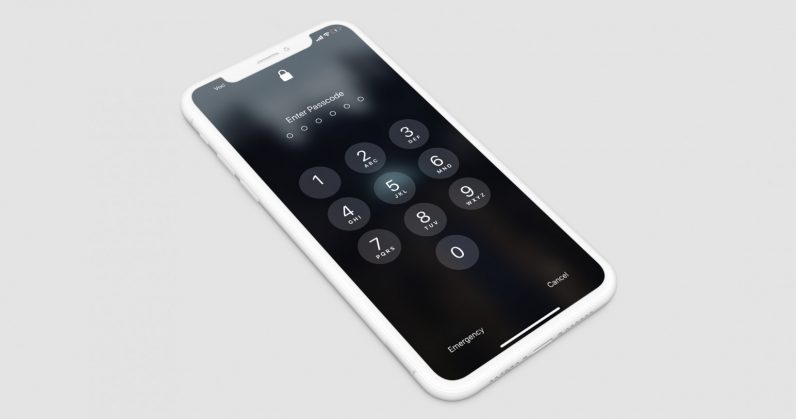 Remember how, in 2016, Apple refused to comply with a court order to help the Department of Justice (DoJ) unlock an iPhone used by one of the San Bernardino shooters? The FBI was able to eventually gain access to the device without the company’s help — and the agency seems to be doing just fine with the latest models four years later.

According to reports from Bloomberg and Forbes, the FBI has successfully unlocked current-gen iPhones in two recent cases.

The first one involved an iPhone 11 belonging to Rudy Giuliani’s associate Lev Parnas, indicted for his involvement in pressuring Ukraine to investigate President Trump’s rival. The other one was an iPhone 11 Pro Max, owned by one Baris Ali Koch, who was accused of helping his convicted brother flee the US and misleading the police.

Even after these triumphs over Apple‘s security using third-party tools and services, US law enforcement is still keen on an easier way in. Last week, Attorney General William Barr asked the company to help investigators access the contents of two iPhones used by the gunman who opened fire at a naval air station in Pensacola, Florida in December 2019.

Apple stood its ground and refused yet again. While Barr had requested the company’s help after declaring the shooting an act of terrorism, Apple held out. In a statement, the iPhone maker explained that it did not wish to undermine user privacy by creating a backdoor, and that this would put all of its users at risk:

We have always maintained there is no such thing as a backdoor just for the good guys. Backdoors can also be exploited by those who threaten our national security and the data security of our customers. Today, law enforcement has access to more data than ever before in history, so Americans do not have to choose between weakening encryption and solving investigations.We feel strongly encryption is vital to protecting our country and our users’ data.

It’s also worth noting that the Pensacola’s shooters aren’t even new models: He had an iPhone 7 Plus and an iPhone 5. Speaking to The New York Times, Nicholas Weaver, a lecturer at the University of California, Berkeley, who focuses on iPhone security in his teaching, said, “The iPhone 5 is so old, you are guaranteed that Grayshift and Cellebrite can break into those every bit as easily as Apple could.”

The companies Weaver is referring to have both helped US law enforcement crack iPhones in the past. Grayshift makes a $15,000 gadget that can connect to and break into handsets, while Cellebrite is an Israeli firm that has been said to help the FBI and ICE unlock iPhones over the years.

So if it’s possible for investigators to gain access to the data on suspects’ iPhones, why is the US still so keen on Apple breaking encryption and creating a backdoor for its products? The answer could have something to do with time and money.

Back in 2016, the FBI‘s then director James Comey noted that it cost the agency a million dollars to unlock the San Bernardino shooter’s iPhone. And in the case of Lev Parnas, it took the FBI two months to gain access to the contents of his iPhone 11.

At the same time, suspects’ devices may or may not contain useful evidence, and there might be pressure from various quarters to leave no stone unturned. So it’s likely that unlocking these phones is imperative to the investigation process for more reasons than furthering the case against the accused.

But are those reason enough to demand that a company undermine its promise of privacy and security to its customers? Besides losing a key selling point for its devices and services, Apple would also set a dangerous precedent for tech firms by bending to the will of Barr & Co.

As we’ve seen in the case of Amazon CEO Jeff Bezos having data siphoned from his phone thanks to malware sent to him by the Crown Prince of Saudia Arabia via WhatsApp, it’s awfully hard for anyone to maintain their privacy these days.

We’re likely to see a showdown between Apple and the US government soon: The NYT’s Jack Nicas and Katie Benner noted last week that Apple is quietly gearing up for a legal tussle with the DoJ to defend its use of encryption, while the current administration is working with Congress to come up with a law to “decide the boundaries between public safety and technological security.” Here’s to hoping good sense will prevail in the fight for our privacy.

Read next: Why your business should focus on understanding speech over voice recognition